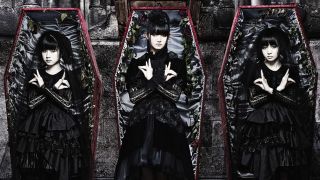 Babymetal have confirmed the release of Live At Wembley on December 9.

The 13-track CD was recorded at the London venue in April, when Babymetal became the first Japanese band to play there.

It follows the launch of second album Metal Resistance, also in April, and ties in with their UK support tour with the Red Hot Chili Peppers.

Babymetal were voted Best Live Act at this year’s AIM Independent Music Awards following their Wembley show and an appearance at the Download festival.

Su-Metal said at the time: “The UK has always felt like our second home since the first time we performed at a festival here over two years ago.

“We’ve been back plenty of times recently and the support from the UK only ever gets stronger. We are more assured now that we can continue to stay true to ourselves as Babymetal.”

A digital edition of Live At Wembley will be released on December 30.