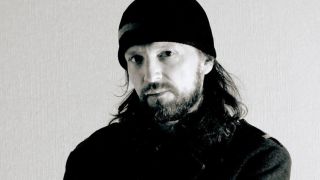 It’s the first material from John Bassett’s KingBathmat side project since 2017’s Arcade Messiah III album, with the new songs set to appear on Arcade Messiah IV, which is set to arrive towards the end of 2019.

Bassett says: “After a couple of very difficult years, I've finally managed to get back to making music.

"The new Arcade Messiah sound is more song focused with vocals and will be a blend of the sound of KingBathmat combined with Arcade Messiah – so more melody, more hooks, while hopefully maintaining the proggy, instrumental doom laden sound that Arcade Messiah has become associated with.”

Hell By Default is available as a free/pay what you want download from Bandcamp, while the title track can also be streamed via YouTube.