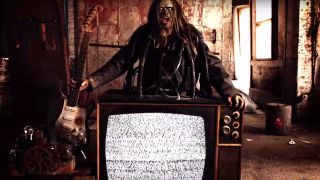 Rock and metal artists are contributing to an upcoming documentary detailing the relationship between music and horror.

Taylor says: “I’m deathly scared of sharks. My mom took me to see the original Jaws when I was really young and it scarred me for life.”

A crowdfunding campaign has been launched to help the film’s production, with a target of $50,000 set with two months to go.

The documentary will also feature icons from the world of horror, including Gunnar Hansen who starred in The Texas Chainsaw Massacre, and Night Of The Living Dead’s John Russo.