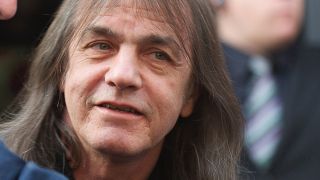 An Ultimate Jam Night at the Whisky A Go Go in Los Angeles this week will raise money for an Alzheimer’s charity in honour of AC/DC’s former guitarist and songwritwer Malcolm Young.

Young retired from the band in 2014 after he struggled with the onset of dementia, prior to being admitted to full-time nursing care in Sydney, Australia.

The show will be live broadcast worldwide via Zinna TV, and will raise funds for the Alzheimer’s Association.

In 2014, former AC/DC frontman Brian Johnson and guitarist Angus Young recalled witnessing the decline of Young’s health while they were on tour in 2008.

Johnson said: “It was tough. But you couldn’t say anything or do anything because it would have been like giving pity. You had to treat it like a normal day – so we did.”

Angus, Malcolm’s brother, added: “Sometimes you’d look and he’d be there – you’d have a really great day and he’d be Malcolm again. Other times his mind was going. But he still held it together.

“Some nights he played and you’d think, ‘Does he know where he is?’ But he got through.”

Dementia is a brain disease that appears in a number of forms, causing loss of memory and thinking functions, and leading to loss of body control. The most common variant is Alzheimer’s disease, which accounts for three-quarters of all cases. Very few forms of the condition can be cured.