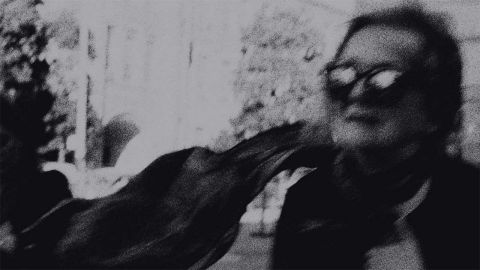 It's a funny little world we live in when you consider that, were you to start discussing the most divisive bands of the decade, the name Deafheaven is nailed on to appear next to the likes of Babymetal and Five Finger Death Punch at the very top of the list. It’s a bizarre situation, and a conversation that really should end now with the release of their fourth album. Ordinary Corrupt Human Love is an album that will surely both disgust and relieve the black metal purists who have poured such scorn on the band over the last five years. They wanted Deafheaven to stay away from black metal… and it would appear they have finally got their wish.

In fact, there is a very real conversation to be had regarding whether or not Ordinary Corrupt Human Love is predominately a metal album at all, let alone a black metal one. Instead, the previously cited loves of Mogwai, The Smiths and My Bloody Valentine take centre stage alongside influences from everything from classic rock to Amnesiac-era Radiohead to the current underground American emo and post-hardcore scene. Where previous album New Bermuda felt like a reaction to the criticism of 2013’s breakthrough Sunbather by upping the beef and being deliberately, explicitly metal, this feels like a shrug and a wave goodbye to the people who they have accepted will never accept them. Opener You Without End is predominately lush piano, minimalist clean guitar and delivered in spoken-word by actress Nadia Kury. Even when vocalist George Clarke does enter the fray with his grizzled, high-pitched vocals, the band’s sole tie to extreme metal at this point, the pace and tone of the band refuses to budge. Second track Honeycomb does intensify, but even when they go hard it’s more at a pace reminiscent of newer alt-punk bands like Pup or Sorority Noise at their angular noisiest. Third song, and album highlight, Canary Yellow, swings from double-time blasting, to sombre gangchant vocals and an outro piece of soloing of pure old-school rock that is far more Slash-up-a-mountain than Abbath-in-the-forest. Only the furious double-bass heavy pummelling and pure metal twin guitar leads of Glint truly have any of the DNA of black metal within it. That it’s followed by the Disintegration-era The Cure-style, Chelsea Wolfe-fronted, electronic throb of Night People as the ultimate palate-cleanser acts as a telling indicator to Deafheaven’s intentions and attitudes to genre conventions.

With its vast sonic template, sense of wistfulness, sorrow and lovelorn regret and lyrical references to ‘the language of flowers’, Ordinary Corrupt Human Love is neither as instant a thrill as New Bermuda, or as cohesive a listen as Sunbather. Due to this it might be a harder sell to many metal fans. Obviously militant diehards will simply scoff at it as catnip for hipsters, while the more open-minded will paint its detractors as closed-minded elitists. But maybe the eclecticism and excellence of this as a piece of music marks this as the moment we should all just start praising Deafheaven for the ambition and honesty of what they are, rather than bemoaning what they aren’t, and clearly have no interest in being.