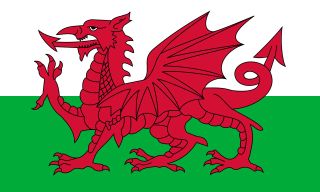 Long revered as the Land Of Song, Wales has produced a disproportionate amount of creative musical talent over the years: Tom Jones, the Manics, Super Furries, Gorky’s, Badfinger, Shirley Bassey, Shakin’ Stevens, Bonnie Tyler, Goldie Lookin Chain, the Treorchy Male Choir… the list goes on. However, none of them are eligible for this, a wide-ranging survey of the greatest metallic sounds ever to roar out of Y Ddraig Goch.

Lovingly covered by Iron Maiden, Metallica, Megadeth and Soundgarden, these three Cardiff scruffbags riffed as hard as any band in metal’s early years.

Frontman Burke Shelley was waylaid by illness in 2010, since when Budgie’s future remains uncertain, but 2017 marks the 50th anniversary of this battered institution.

The band that nurtured Phil ‘Wizzo’ Campbell for five years (until he buggered off to Motörhead in 1984), excitingly-named Cardiff quintet Persian Risk were the cream of the considerable Welsh NWOBHM crop (see also StormQueen, No Quarter, Nightime Flyer, Traitors Gate, Preyer, Y Diawled…).

Their 1981 debut single Calling For You is a classic of the era, showcasing not only Campbell’s promising guitar work but also the powerful vocals of Carl Sentance, who went on to front Swiss veterans Krokus and a short-lived Geezer Butler Band before reviving Persian Risk in 2012.

One of the most committed anarcho-punk pioneers, progenitors of a hugely influential aesthetic style, Icons Of Filth echoed the incipient brutality of thrash, inspiring the grindcore boom.

Formed in Cardiff in 1979 as Mock Death, the band allied themselves with all the best right-on causes (hunt-sabbing, Greenpeace, CND, etc) and gigs were regularly disrupted by right-wing extremists and police (same thing, right kids?).

In 2004, frontman Stig died suddenly after a concert, but the band was revived for a 2014 Stig memorial show with anarcho comrades Conflict and Subhumans.

Sunset Strip glamour didn’t quite translate to the dockside boozers of 80s Cardiff, but that cognitive dissonance was half the appeal of Tigertailz.

Cynics had them down as a Happy Shopper Poison, but Livin’ Without You is better than anything Bret Michaels ever did, plus they did a mean cover of Creeping Death.

When the cock rock balloon popped in the 90s Tigertailz floundered, and since their mid-00s reunion the band (in name alone) has survived acrimonious sackings, legal hassles and the death of founder member Pepsi Tate.

Although frequently ridiculed for their 1995 camcorder-shot video An Ode For A Haunted Wood, in which five corpse-painted herberts pose awkwardly by some trees, for 23 years Wrexham’s Hecate Enthroned have been holding the Welsh end up in both black and death metal.

Their early similarity to Cradle Of Filth was tartly derided by Dani himself – granted, pinching Cradle’s unreleased album title Goetia for a synth intro was cheeky – but the sextet evolved into a powerful, respected and distinctive presence on the UK underground.

Not only was the artwork banned, seized by police and incinerated, the trio were arrested and charged under the Obscene Publications Act.

After 20 years and eight albums of increasingly precision blood-spattered DM, frontman Ollie Jones has no regrets, telling Metal Recusants in 2015: “Gore And Perversion is still the sickest album ever written.”

All these elements were righteously channelled into the bowel-quaking stoner heaviosity of Swansea bruisers Acrimony, who formed as a weepy doom-death combo in 1991.

They started to freak out on 1994’s Hymns To The Stone, a process continued on 1995’s Acid Elephant EP and perfected on 1997 masterwork Tumuli Shroomaroom. Four of them reunited to form Sigiriya in 2009.

After ten years of touring and releasing demos and splits, Swansea trio Taint signed to Rise Above in 2004 to release The Ruin Of Nova Roma, a remarkable debut full-length that spun their ripping post-metallic hardcore sludge onto a compelling grand canvas.

It wasn’t to last; in 2010 they announced their split, explaining that the band were moving on to “new phases of our lives,” and that “carrying Taint with us would cease to work any longer”.

A raging Welsh flame was snuffed out in its prime, but frontman Jimbob is still flying the flag in power trio Hark, who are releasing a new album in 2017.

Labour heartland valley town Bridgend found itself at the cutting edge of post-millennial ‘heavy music’ in the 00s, producing emo kings Funeral For A Friend as well as this rather more rugged bunch, who formed as a nu-metal band with the untenable name Jeff Killed John in 1998.

As the new century wore on, BFMV continued to toughen and diversify their approach with a flawless roll-call of influences, entering top 10s worldwide, topping the charts in Japan, and tempting a new generation of virgin youth to the darker side.

Rising from the ashes of Newport ‘ragga metal’ iconoclasts Dub War, Skindred have barely let up since their 2002 debut.

With six albums, 25 tours, innumerable festivals and a restless eclecticism to their sound and style that continues to morph while remaining wholly distinctive, Skindred must be one of the hardest-working bands in the UK.

Bashing metal and hardcore up against reggae, hip hop and ‘phat’ pop hooks, their hard-won reputation for incendiary live shows was rewarded in 2011 with a Golden God Award for Best Live Band.