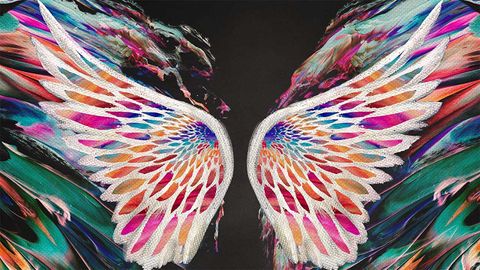 Bullet For My Valentine – Gravity

The lead balloon that was Bullet For My Valentine’s fourth album, Temper Temper, dealt the Welsh metallers a blow they’re still recovering from. 2015’s Venom was a vast improvement, harking back to the supercharged glory of their 2006 breakthrough, The Poison, but by that point the band were grappling with stalling momentum, shrinking venues and an increasingly apathetic audience. Their next move had to be something big.

As a result, there’s a lot riding on Gravity. Last year, when frontman and guitarist Matt Tuck predicted fans would be “surprised” by the sound and direction of the band’s next album, he wasn’t kidding. As the early singles Over It and Piece Of Me confirmed, on their sixth record Bullet have made radical changes to their sound. For a start, there are no solos on Gravity. Not one. Instead, breakneck speed and technical ferocity have been eschewed for deep, tectonic grooves. Catchy-as-hell, pop-hook anthemia has been melded with slick, glossy production that gleams like chrome, yearning to be played in arenas and on mainstream radio. It sounds massive, cavernous in places even – a sonic revolution, rather than an evolution, which will bewilder, polarise and rapture fans, new and old, in equal measure.

First track, the aptly named Leap Of Faith, is a defiant opening statement. Reflecting the size of the gamble, it sees Matt demanding ‘Jump into the fire, no fear’ with steely resolve as juddering riffs and glimmering electronics crash around him. Chunky breakdowns and the blistered screams on Piece Of Me align the band more closely with the sensibilities of Asking Alexandria while Under Again and Not Dead Yet, awash with simmering atmospherics, could have slotted onto Bring Me The Horizon’s That’s The Spirit. It’s different but it works.

Matt has always had a way with a cracking chorus and Letting You Go has one of the album’s most memorable ones – if you can cope with his ultra-synthesised vocals. It’ll do nothing to quash those who have long derided the band as ‘false metal’ pretenders, but when Bullet revel in their newfound energy, they sound revitalised.

Elsewhere, it’s very much a mixed bag. Ballad The Very Last Time is too whiny to achieve any real sense of emotional catharsis and these songs suffer from the same problem that’s plagued every album in Bullet’s catalogue: Matt’s banal lyrics. Without his bandmates providing their usual canvas of technical wizardry they seem more noticeable than ever and his tackling of a relationship breakdown comes across mired in teenage angst. Also frustrating is the generic Coma and title track, which are too featherweight to make much of a lasting impact. Watching Bullet strip their technical proficiencies back to such bare bones makes for a frustrating listen and undoubtedly, that’s going to be the litmus test for many fans as to whether they can follow the band on their new path. Depending on where you’re sitting, they’ve either dropped the biggest clanger or made the bravest jump of their career to date, but one thing is certain: Gravity sees Bullet once again boldly eyeing up the world’s biggest stages with rejuvenated determination.