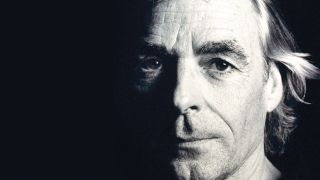 ‘From morning to night, I stayed out of sight, Didn’t recognise I’d become, No more than alive I’d barely survived, In a word… overrun…'

These are the words that Rick Wright sings on the song Wearing The Inside Out, the one track on 1994’s The Division Bell that features Wright’s lead vocals (the first time he’d even sung a lead Pink Floyd vocal since Time in 1973), a song many immediately associated with the mental travails of assimilating himself back into both public life and the Pink Floyd fold following years of discourse with Roger Waters. Even if the lyrics were penned by ex-Slapp Happy keyboard player Anthony Moore, who would later work with Wright on his 1996 album Broken China, most suspected they remained at heart, semi-autobiographical in nature for Wright, who alone wrote the music for the sombre tune.

In Mark Blake’s Pigs Might Fly book, he claims that one Pink Floyd insider had noted that Moore “had to climb inside Rick’s head and get the words out”, whilst The Division Bell producer Bob Ezrin noted, “There’s a lot of emotional honesty there. Fans pick up on the sad, vulnerable side to Rick.”

For a band so reticent in wearing their heart on their sleeve, the song itself is almost searing in its openness. And yet for Wright, a man whose dextrous keyboard sounds really had informed the Pink Floyd sound since 1967’s The Piper At The Gates Of Dawn, and who had more to gain in personal terms, it was an act of catharsis.

I interviewed Wright in early 2000, being summoned to his Kensington mews flat for an audience on the back of a Pink Floyd cover story I’d written for Classic Rock surrounding the release of that year’s Is There Anybody Out There - The Wall live double set. Interviews had duly been set up with Roger Waters (honest, slightly paranoid), David Gilmour (gruff, tetchy) and Nick Mason (cheery, avuncular), but the request to speak to Wright, who of course had been famously sacked from the band during the making of The Wall (albeit sacked very much behind public closed doors until fans picked up on credits on that and the subsequent The Final Cut album), were met with a reluctant “he’s somewhere in France”.

This clearly angered the keyboard player, who was determined to have his say. “Rick wants to talk to you,” I was told when I received the initial phone call, and duly set forth to speak to the man. I found an initially angry, but quietly intense, seemingly private and passionate musician eager to have his say and at least set the record straight over some issues that had arisen in the feature. Most of it, of course, centred around the fact that Waters had been the band member to instigate the firing of Wright. Rick Wright then performed with Pink Floyd as a hired hand on The Wall tour prompting Nick Mason to note, “As a salaried performer he was the only one of us to make money from the shows. The remaining three of us shared our losses”.

“There has always been friction between me and Roger, right from the beginning,” he told me, possibly referring to a time when the band members were at Regents Street Polytechnic and he’d refused to give Waters a cigarette – the pedantic Wright not liking how Waters would rip off the pack’s cellophane wrapping. “Personality wise, we just didn’t get on.” As Waters’ own role within Pink Floyd became more dictatorial in the late 70s, the “quiet and introverted” Wright (as Mason has referred to him) became more and more the whipping boy. Even his gradual rehabilitation back into the Floyd fold in the late 80s and early 90s (shrouded as it was in legal wrangles that sadly overshadowed his musical input – at least on 1987’s A Momentary Lapse Of Reason) saw Wright agitated by the continued sniping asides of his former tormentor.

In retaliation to Waters’ suggestion in that Classic Rock piece that Wright had talked to him backstage at a Waters solo show in 1999 after he’d “had a couple” and then bad-mouthed the bassist, Wright was quite indignant: “I think, ‘Why do you have to say these things, Roger?’. It was difficult for both of us backstage. I hadn’t seen him for 18, 19 years. I went backstage, I shook his hand and said, ‘How are you?’ And we both felt awkward. And that was it. There was no great meaningful conversation. I’m at the point where all this bullshit should stop.”

The bullshit stopped when Pink Floyd with Roger Waters appeared at 2005’s Live 8 show in London’s Hyde Park, although by this time, the main sticking point was Waters’ soured relationship with Floyd’s current leader Gilmour. Although no more new Pink Floyd music would be forthcoming until the release of The Endless River, Wright would work on Gilmour’s 2006 solo album On An Island and tour with his old band mate. Even Roger Waters offered the hand of friendship, asking Wright to join him and Mason on his Dark Side Of The Moon Live Tour, although Wright turned it down to work on his own music. Wright last performed with Mason and Gilmour in 2007 at the Syd Barrett tribute The Madcap’s Last Laugh at London’s Barbican, where he sang lead vocals on Arnold Layne, fittingly, the song that had started it all for the band.

Rick Wright died of cancer on 15 September 2008, aged 65. Naturally, his fellow band members spoke movingly of him. “Rick was the sound that knitted it all together,” noted Mason. “I wish there had been more,” added Waters of the chance to perform with Wright one more time at Live 8, adding, “It’s hard to overstate his musical voice in Pink Floyd.”

Perhaps fittingly, the final voice should be David Gilmour’s. For it is he who has reactivated what he once told me was the “big old beast” Pink Floyd for one final fling. The Endless River might be deemed their swansong, but at its heart everyone knows it is the band’s tribute to their fallen comrade. “I wish we could have all been great buddies and carried on,” Wright told me back in 2000. Eight years later, Gilmour would say, “He was my partner and friend”, adding perhaps more succinctly: “Like Rick I don’t find it easy to express my feelings in words, but I loved him and will miss him enormously.”

“We shout and argue like everyone else,” are the words you hear from Gilmour at the start of The Endless River, highlighting the fact that maybe, like many bands, Pink Floyd were not always the best of friends. But The Endless River itself is proof enough that at the end of the day, Gilmour’s final words of love and friendship do ring true.

This article originally appeared in Prog #50.

To test your Pink Floyd knowledge, then click on the link below.