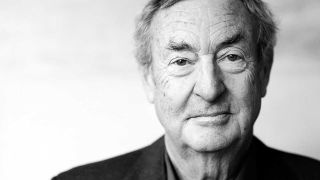 Not many famous musicians go from playing at Live 8 (three million viewers globally) and the closing ceremony of the London Olympics (UK TV audience of 26 million) to The Half Moon, Putney (capacity 250) and Dingwalls, Camden (capacity 500), but Nick Mason seems to be loving every minute of performing with his new band. Nick Mason’s Saucerful Of Secrets pulls together Gary Kemp from Spandau Ballet, Pink Floyd touring and recording bassist Guy Pratt, guitarist Lee Harris from the Blockheads and The Orb’s Dom Beken on keys to celebrate Floyd’s earliest work in all its psychedelic, freaked-out glory.

It was while participating in the V&A Museum’s Pink Floyd exhibition Their Mortal Remains last year that Mason started to feel the itch to dust off the drums and play live again. “There’s a point at which after you’ve done the fourth Q&A, you think, ‘This is all about ancient history,’” he says. “It’s like talking to someone from the Second World War or whatever. I just felt, God, that happened 40 years ago so I began to think, ‘Actually, I prefer the fun of playing.’ The timing was really good because Lee Harris was talking to Guy Pratt: ‘Do you think Nick would be interested?’ Guy said, ‘I’ve no idea, you ask him.’”

Where Mason is unassuming and laid-back in person, Gary Kemp positively buzzes with energy when talking about the group. “The first song I ever played in a band with anyone was Set The Controls For The Heart Of The Sun, and we played it all day long, which it often feels like now onstage!” he says, laughing. “It’s the commitment to make this music fresh, to take inspiration from the tracks but to make it not like a bunch of session players just trying to emulate what’s on the record.”

Kemp points to the way that Saucerful approach the breakdown sections in Interstellar Overdrive and Set The Controls For The Heart Of Sun, which exemplify early Floyd at their most experimental and free‑form. “Whatever recording you listen to over the years, they’re all different,” says Kemp. “Improvisation is key. Rather than saying, ‘Right, that’s the best one, let’s just copy that,’ the answer is, ‘No, improvise yourself.’ Doing stuff that’s musically atonal, abstract, is very hard for musicians because we’re used to following the line, playing together, getting in key, getting in the groove, but to actually try to work away from that and be abstract, it’s a bit like splash painting, like a musical Jackson Pollock. It’s never going to be the same painting twice.”

Kemp shares the vocal duties in Saucerful with Guy Pratt, who is more than familiar with Floyd’s catalogue, having spent 30-plus years playing with Floyd and David Gilmour’s solo band. “You can’t have a singer because there’s not enough singing,” observes Pratt about the lack of a designated frontman. “You can’t have someone just standing there for 20 minutes at a time while we’re messing about. I like the fact that it’s mainly about Nick.”

With Saucerful, Mason and co are only exploring Floyd’s output pre‑Dark Side Of The Moon, and their setlist for the first four shows at Dingwall’s and The Half Moon was drawn from Meddle, More, Obscured By Clouds, The Piper At The Gates Of Dawn and the Saucerful Of Secrets albums.

“I’ve only played three of these songs ever in my 32 years’ association with them,” says Pratt, who had worked previously with Kemp as a writing partner, but never in a band. “His manager was an old friend of mine and when Gary did his solo album, I was brought in to help him put a band together and organise everything. We got on so well we had this idea of writing a musical together. Then we did another musical for the National Theatre youth programme, so we’ve never done any rock’n’roll together. We’ve only really known each other as West End Wendies. He’s got this fantastic rock’n’roll frontman in him, which he’s never got to let out and he’s so good at it. That’s the thing, everyone is getting to do stuff they never did. Nick’s getting to do stuff he hasn’t done for years.”

With Waters and Gilmour both still active, Mason wasn’t looking to draw comparisons with the other Floyd alumni. “I wanted to avoid being judged on how good a version of Comfortably Numb we did. I didn’t want to go there. I think as soon as you get into all that stuff, then you start thinking, ‘Well, we’ll need some film and this, that and the other.’

“What I really like is going back to the idea of actually improvising,” adds Mason, who is only too aware of the flourishing industry built around Pink Floyd tribute bands. “First of all, there are people carefully studying every mistake I’ve ever made and recreating it. Although my favourite is still The Australian Pink Floyd, who had musical differences and split into the Brit Floyd. You’d have thought they’d have seen it coming. They do a great job, it’s not that I want to stop them, but I still have that rather pathetic notion that rock music is a sort of opportunity to express yourself. It’s this liberating thing, a bit loose and a bit wild, an opportunity for lots of new ideas, so in many ways I'm more comfortable when people take something and rework it. I thought Dub Side Of The Moon was terrific.”

From playing blue-eyed soul and pop in Spandau Ballet, Gary Kemp might not look like the obvious choice to celebrate Syd Barrett and early Floyd, but he’s proved to be the perfect fit. “In a way the last thing you need is somebody who has spent the last 50 years studying Pink Floyd,” says Mason, although that might be short-changing Kemp, who grew up on everything from Marc Bolan and Bowie to ELP, Yes and Genesis.

While the advent of punk saw Kemp sell his prog albums to Cheapo Cheapo Records in Soho, he never parted with his Floyd records (and fear not, he’s since rebuilt his prog collection). And he clearly has a great love for the Syd Barrett era.

“Probably the first great British glam rock pop star was Syd,” says Kemp. “There would have been no Bowie if it wasn’t for Syd. Bowie wouldn’t have cut his hair like that. There would have been no Johnny Rotten cutting his hair like that if it hadn’t been for the way Syd looked. Syd was our Velvet Underground, really. He was art school, he was dangerous, he was beautiful, he was living on the edge – all of those things that we find deadly attractive as rock musicians.”

Then there’s Barrett’s groundbreaking work weaving soundscapes out of his Binson Echorec to consider. “He was more than a musician, more than a songwriter or performer – he was a performance artist manipulating sound in a way I don’t think anyone had done before,” says Kemp. “Sure, The Beatles were doing stuff on Sgt. Pepper’s… in the studio, manipulating sound, so I think that was an inspiration, but Syd was going out there and doing that live.”

Barrett’s idiosyncratic songwriting is very evident in the track Bike, which all three agree is one of the trickiest songs in the Saucerful set. “That’s the Pink Floyd that Blur and everyone comes from,” says Pratt. “The funny thing is, it’s incredibly difficult to play because the end of every verse is different. It’s in Syd time. It took us ages to work it out, whereas for Nick it poses no problem at all. He plays right through it and is completely on it. It’s great to play stuff that’s silly as opposed to all the Pink Floyd I’m used to playing, which is so important and weighty."

“Bike is actually great fun,” confirms Mason, “but Bike is a funny one where there’s no way you can freestyle off it. It’s a particular song in its own right, but the way we do it is a slightly harder version and that’s true of probably Arnold Layne and See Emily Play. To some extent they need to be done as the singles. I say that – don’t hold me to account when you come to a show and we do a 20-minute version of Arnold Layne! We’ve only done four shows – it’s not very many really. We’re still forgetting things.”

They may be having a blast, but that’s not to say the band are lightweight and fluffy. Far from it. “We’ve been starting these shows with Interstellar Overdrive,” says Kemp. “We lay down our marker from the beginning. This is what we’re about, guys – we’re taking risks onstage. We’re doing an eight-minute version. It’s not the longest version you’re ever going to hear because we’re just starting off, but it has a complete freak-out in it. We don’t do all the pretty stuff first and save the difficult stuff for the end. Interstellar… is one of the greatest riffs of all time. That riff is up there with Black Sabbath’s Paranoid and Smoke On The Water, one of the greatest guitar riffs ever written.”

And digging deeper into the vaults, there’s The Nile Song from More in all its crushing, screaming heaviness. “I don’t think The Nile Song was ever played live by Floyd, so it gives us something unique and of course it’s all about Nick’s drumming,” says Kemp. “For me, Nick’s drumming on the early stuff is much more apparent. He was much more into a jazz style of mallets and free-flowing tom-tom work. I think later on, Dark Side… and onwards, it settled down into a much more solid groove, but the early stuff was much more inspired and improvisational.

“I think he’s enjoying going back to those because he’s the focus of our attention. I’m just trying to get him to do Scream Thy Last Scream but I’m not sure he’s up for singing!”

Following their debut four-gig run, Saucerful will be undertaking a month-long European tour in September playing theatres and mid‑sized venues, a far cry from Floyd’s stadium-packing heyday. Not that Mason seems to mind one bit.

“I’m looking forward to it, ill-advisedly,” he says. “Maybe I’ll be going, ‘Where’s the jet?’ I’m really enjoying this. It goes with playing the music like this. If we’re not doing stadiums then there probably isn’t the budget for the jet, so if that’s the deal, that’s the deal. The reason for doing this is not to get air miles, it’s to enjoy playing. If the cost of that is we do it in a tour bus, we do it in a tour bus and I’m happy with it.”