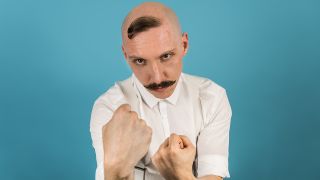 Last week, our isolation playlists saw us dive into the musical minds of Trivium, Sepultura and Halestorm as we joined forces with our musical friends to bring you essential new daily playlists to see you through lockdown.

This week, movie and pop culture buff Jamie Lenman gets the ball rolling with 15 tracks handpicked from the soundtracks of the movies he's been binge-watching since the UK went into lockdown.

"I've been watching an awful lot of movies since we all went into lockdown," he says. "Here are some of my favourites tunes from the soundtracks.

"Often times your favourite bands will write these amazing songs and put them exclusively on a film soundtrack, so you buy it and then you find more amazing music!"

Here, his favourite tracks and the films they appear in.

Jamie Lenman's latest single, The Future Is Dead, is out now.