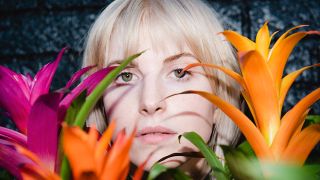 It’s been another huge two weeks for the 00s emo revival, and naturally, My Chemical Romance have been pretty much dominating the entire conversation. With their US tour being announced, on sale and sold out within a matter of days, US MCR fans have been completely bankrupted in the last fortnight.

That also means that some of the smaller news has been swiftly forgotten in the midst of MCR mania (it really is 2006!). Hayley Williams has also been incredibly busy, releasing two new songs, debuting the cover of her album, and putting us all through an emotional wringer.

Here are some of the highlights from a very emo fortnight:

While The All American Rejects haven’t strictly gone anywhere, they have teased that they might throw their hat in the nostalgia ring. When a fan tweeted that their 2005 album Move Along is an “underrated powerhouse”, they quote tweeted him to say, “Cheers bud, she’s turning 15 this year... think we are gonna do a real tribute for it, sound like a plan?” A lot of fans got very excited very quickly, offering to empty their bank accounts if the band do a full tour, but they haven’t yet announced anything officially.

Bert McCracken joked that The Used might support My Chemical Romance

While The Used and My Chemical Romance’s relationship has been at times fraught, the two bands have a long history. A lot of fans just want to see them working together again – specifically, with The Used supporting on the comeback tour.

It looks like it might just be a reality. On their current tour, Bert McCracken joked a few separate times that The Used could be supporting MCR, at one point saying, “You can probably catch us on tour with My Chemical Romance in the fall. We’ll see.” he later said, “I’m not saying… I’m joking. Come on, you know me, I’m a kidder.” but who knows? Maybe it’s a double bluff.

BERT JUST SAID CATCH THE USED ON TOUR WITH MCR IN THE FALLJanuary 30, 2020

My Chemical Romance announced and sold out their US tour

On January 29, MCR dropped another cryptic video entitled A Summoning. At 13 minutes long, the video announced a US tour while stirring up nostalgia in their oldest fans. It’s jam packed with references to key moments in MCR history, like I’m Not Okay, The Black Parade era, dead friends and colleagues, Helena, Killjoys, Life On The Murder Scene... etc. It’s full of the cult-y imagery of the previous teaser videos, and at the end, announces the US tour dates. Naturally, the dates sold out in minutes, with additional shows being added in LA and the extremely high resale prices becoming very controversial. Still, it’s all just testament to how loved My Chemical Romance are in 2020. Their fans are not to be reckoned with. Plus, many believe that the sounds heard in A Summoning will be part of new music.

The Format are getting back together

As The Format split in 2008, singer Nate Ruess is probably better known by many as the singer of pop band Fun., which he formed with Jack Antonoff. But The Format were pretty formative for a lot of baby emos, and after years of silence, this week they surprised everyone with an impromptu acoustic performance at a screening of their 2007 concert film Live At The Mayan Theatre. They haven’t announced new music just yet, but if you’re in the US, they will be playing five shows in March and April.

After releasing the vicious, beautiful song Simmer a few weeks ago, Hayley Williams gifted fans with some more news and music. She teased a new song with a video entitled Simmer Interlude that saw Williams-as-monster wrapping her human self in a cocoon. She also tweeted, “there’s more to the story. It’s almost never what you think”.

The song, Leave It Alone, is far more subdued and less unnerving than Simmer. A heartfelt rumination on grief and loss, it relies primarily on strings and Williams’ voice. The video shows her waking in a cocoon as a scaly, butterfly-esque creature in Björk-like costume and makeup singing, 'Now that I finally wanna live/the ones I love are dying'.

We then see her emerge from the cocoon, and human Hayley walks around the woods, where we also see a body under a sheet. It marks the continuation of an incredibly raw and emotionally generous era for Williams, cemented by her debuting the cover for Petals For Armor, which features her makeup-free looking at the camera. Not keen to let her fans rest for a second, on February 6, Hayley released an eerie video for more upbeat song Cinnamon, a poppy testament to being home alone and free. And then she released the first half of her album, with two brand new tracks! She never stops!