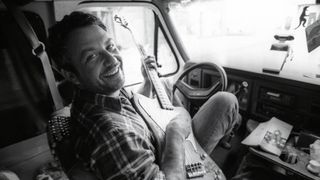 “D. Boon’s mom put me on bass”, Mike Watt tells TeamRock. “She played guitar. We’re 12 years old, 1970. She wanted him to play guitar because she did. We were in the projects and it’s 1970, so there’s not a lot of guns, but there’s fighting and stuff. So after school she wants us in the house – it’s not like a career move, it’s like daycare or something.”

And so began Watt’s lifelong relationship with the instrument. He went on to become part of legendary punk band the Minutemen with Boon and drummer George Hurley, until Boon’s tragic death in 1985 ushered in the band’s untimely demise. Subsequently, he formed fIREHOSE, enjoyed an experimental solo career, joined the Stooges in 2003 and is currently touring his new project Il Sogno Del Marinaio. Throughout his many musical experiments, bass has remained his only constant – but that’s not to say he hasn’t grown. “People ask me – ‘Oh, don’t you want to evolve? Don’t you wanna get five strings?’ Nuh-uh. I got a lot to learn. And this is the danger about being less young – you think you’ve seen it all. And man, that’s when life starts ending. Everyone’s got something to teach you.”

Here, he lists the musicians responsible for inspiring his own influential career.

“Actually, I’m in Glasgow right now, and a Scots guy was a big influence on me: Jack Bruce. He passed away a couple of years ago – he was the guy from Cream. This was in the day of the 8-track, and I remember I had a Cream one. And I didn’t really know what bass was, but this guy in Cream, this Scottish guy, Jack Bruce, I could hear him. In R&B I could hear James Jamerson on the Motown, but with rock’n’roll, bass was just more mysterious. Nobody really talked about it – maybe musicians did, but average Joes? Nobody. There was the guitar man – he was the top of the pyramid, of course, and the drummer had at least this kind of cave man caricature. Bass? Nobody really knew what it was. So, Jack Bruce was the first way I could actually hear a voice – a guy dealing with rock’n’roll, or what I thought was rock’n’roll – with his own persona. He put his own voice to it. And he played loud, man! I’ll tell ya, I was playing in Mobile, Alabama when Jack Bruce died. I learned right before the gig, and I went on to play the gig, and felt it more and more. Have you ever done this thing where you get onto YouTube.com, and you watch the videos? I was drinking bourbon and crying. I really felt I owed him, so much.”

“On my side of pond, only the R&B influenced me, really. And then also the guitar players who played smaller – more treble, clipped – who made room for the bass guitar. Of all this, James Jamerson is the big daddy. He’s an incredible influence on me. He’s on something like 200 top 10 Motown songs, so it’s like osmosis – it’s just glued in me, because AM radio was different, it played everything – we had top 40, only 40 songs, but it didn’t matter on the genre. Actually, I think all bass players owe James Jamerson.”

John Entwistle, The Who

“John Entwistle also loved James Jamerson – I’ve read in interviews his favourite bass line was Going To A Go-Go. I love that, when cats are like that with their knowledge, I think that’s… Some people are like ‘yeah, it’s all me, it was always me’. To say, like, ‘No, you know what, this guy taught me stuff’, John Entwistle, that was very kind of you. I have to say John Entwistle, he was one of those five. Actually, it was the England records – like Geezer Butler and Black Sabbath, Trevor Boulder and David Bowie, John Entwistle and The Who – Live At Leeds, or any of those records, you can hear him so loud. These are my teachers! Even what you might say non-virtuoso – like Pete Quaife in the Kinks, or Chas Chandler in the Animals. The English producers were not afraid to pick the bass up. Even in Jimi Hendrix’s band, with Noel Redding, you can hear this! You could really hear and feel it. So I gotta say, across the ocean, big influence on me. Almost like my teachers.”

“The idea of a bass guy running a band – of course in the old days there was bass guys, I heard Yes was run by their bass man, Chris Squire – but I didn’t know that at the time, and Richard Hell… I couldn’t believe that the bass player not only wrote the songs, but ran the band! And so I put a picture of him on my bass. That was incredible, it was like ‘yeah’. And D. Boon was into it! He liked his guitar players, Robert Quine and Ivan Julian. They were both incredible… I don’t want to use that corny word enabler, but almost like, ‘Yeah, you’ve got permission to go crazy; you can write the songs, you can be on an equal playing with the rest of the guys in the band’. So even though if you ask Richard Hell – he’s, y’know, ‘oh, I have no technique’ – I remember he brought me to his apartment, the same one where he lived with Allen Ginsberg in the same building, and he let me play his first bass. It was like ‘Oh, my god’. It had a profound effect on me – that puts him in here.

“In R&B, I could hear James Jamerson and I could hear Larry Graham. James Jamerson – swing. Larry Graham… I don’t know, those records – There’s A Riot Goin’ On… With Larry Graham, with R&B music, bass was part of that music. Back then I didn’t really know the instrument, I didn’t know that they were doing that yet. But it wasn’t like the last thing added – maybe it was the first thing, y’know, the bass licks in that music. He had an… econo way of making stuff move.”