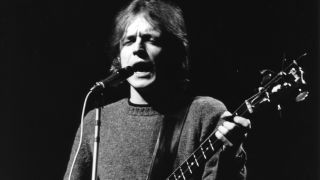 On 30th July 2007 at 17.24, I sent a very tentative email to Jack, wondering if he might be interested in collaborating on the book that all his many fans across the world were waiting to read. To my utter astonishment, at 19.38, this dropped into my inbox:

Thought you’d never ask! Of course I would be thrilled. Let’s meet up soon and talk about it.

We started work in early September: Jack was living with his second wife Margrit deep in the countryside on Essex/Suffolk border. We went to Glasgow, for a trip down memory lane – Jack showing me where he grew up, his haunts, his numerous schools, talking about the importance of communism within his working class blue collar family, his boredom with school, the discovery of jazz and the perils of a being a small boy dragging a cello through the Gorbals and how he kept a sharpened cello spike in his pocket just in case. It was a very successful trip, at one level and completely nerve-wracking at another. We had hired a car and here was me driving around a world famous musician, one of my teenage idols in a strange car, in a strange city, petrified of the headline, “rock star hospitalized in biographer bollard bungle”. So my driving was a bit erratic, and rest assured, Jack let me know about it! Back home, he showed me how to do it, as we raced through the countryside in his Bentley on the way to pub lunches.

Jack had a reputation for being prickly and difficult, but we got on very well. He was a very proud, determined and serious-minded man, but nevertheless our conversations were peppered with his self-deprecating humour, infectious, schoolboy chuckle and a mischievous twinkle in the eye.

Over the course of two years, he spoke candidly about all the battles he had fought during his life; his difficult upbringing, his fiery relationship with Ginger, the collapse of his first marriage, dealing with heroin addiction, the tragic death of his son from an acute asthma attack, his emergency liver transplant and the superhuman effort required to take the stage on May 2, 2005 for the first night of the Cream reunion. He said at the start of the process that he would not dictate what I should write, only that he wanted to make sure I got my facts straight. At the time I thought, ‘fair enough, but let’s see what happens when you read the manuscript’. But Jack remained true to his word and true to the words I had written.

The story of Jack’s rise to fame has been documented up the wazoo (guilty as charged) especially the brief 18 months when Cream swept all before them. Sufficed to say, Jack entered the 60s as a teenage jazz bassist-for-hire and came out the other side as a road hardened international rock star, acclaimed as the best and most influential bassist in the world, blessed with a signature voice to kill for and composer of a slew of timeless rock anthems forged from a partnership with Pete Brown – a creative marriage that outlasted all others in rock right up until Jack’s death.

Jack came up with title Composing Himself for the book because that’s primarily how he saw himself and almost certainly how he would like to be remembered. But the book could have been called Beyond The White Room, because aside from Jack’s first solo album Songs for a Tailor, released in the still warm glow of Cream, the rest of his post-Cream career ranging through 14 solo albums has been criminally ignored – and it was that record (or records) in particular that I wanted to set straight.

A good part of the reason for that neglect is the marketing-driven tunnel vision of the music business which can’t deal with such an eclectic artist, whose output ranged through avant-garde jazz, heavy rock, fusion and world music, classical, blues and R&B and Latin music – often mixing the whole lot up in a glorious stew of steaming hot musical passion and virtuosity.

He went through many line-ups which also served to confuse the market and to be honest, his fans too. Taking his cue from the peripatetic jazz world, he would bring people together – or join a line-up - for an album or a tour before moving onto the next idea. And what people – the best of the best; Tony Williams, John McLaughlin, Mick Taylor, Carla Bley, Billy Cobham, Leslie West, Mitch Mitchell, Larry Coryell, Simon Phillips, Bernie Worrell, David Sancious, Gary Moore, Clem Clemson, Vernon Reid, Gary Husband, Robin Trower, Cindy Blackman and yes, Ginger Baker – both on the road and in the studio. One special period has seriously escaped attention; Jack’s 80s latin/fusion work with Cuban and Haitian musicians under the direction of New York producer Kip Hanranhan, his next most prolific writing buddy after Pete Brown.

When complications set in, following his liver transplant in 2003, Jack was put into an induced coma during which time he actually composed music which he remembered and wrote down when he was able to. He told me that one day he would try and record some of what he wrote – and on his last album Silver Rails, the second part of the song Hidden Cities was the first manifestation of that extraordinary experience. He was planning to work on more compositions, so while we might mourn the passing of what was, we should also pause to reflect on what might have been. In modern terms, Jack was not an elderly man and surely had much more to give.

So what are we to do? Simple. Dig out those old albums or go investigate the back catalogue, then sit back and marvel at the creative phenomenon, the complete musician that was, is and always will be – Jack Bruce.