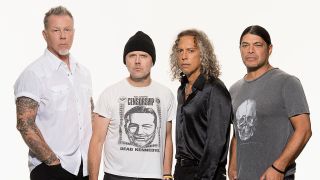 It’s been 20 years since Metallica first hooked up with the San Francisco Orchestra – an event that was immortalised by the fantastic S&M album – and it’s fair to say that when a second round of the collaboration was announced to celebrate the opening of San Francisco’s brand new Chase Centre, metal fans all over the world salivated at the thought of seeing what Metallica-2019 could do with full orchestration.

Obviously, we couldn’t all get tickets to attend, so the two evenings have been captured on film and turned into Metallica’s third attempt at conquering the cinematic universe. With those first two of those attempts ending up being either jaw-droppingly awkward (the excellent but cringy Some Kind Of Monster) or confusingly pretentious (the mystifyingly bloated Through The Never), it’s about time we got the concert film that Metallica’s career deserves.

S&M2 is comfortably the most successful version, showing just what a great band Metallica are on film.

Before we get into the action, there's a short documentary section, detailing the origins of how the first set of shows came about, with some sweet memories of the late, great Michael Kamen – the man who was key to marrying the sound of thrash metal with orchestral flourishes.

Then, we forward onto the band’s decision to attempt the project once again on its 20th birthday, showing glimpses of the rehearsals, and the various players' genuine excitement and nerves at such a mammoth project. It sets the scene and amps up the levels of anticipation expertly for the next two hours.

Once we set eyes on a packed house and the orchestra launching into a live version of The Ecstasy Of Gold, it's a spine tingling moment. One could argue it’s almost as impactful as being there yourself.

Metallica open the set, as they did in 1999, with the epic instrumental The Call Of Ktulu. There are slight tweaks and changes made from the original score from two decades back, but they're very subtle. Metallica themselves seem to be concentrating deeply in this opening passage, clearly intent on locking themselves in as tightly with the orchestra as they can, as early as possible.

As the show progresses, you can see them loosen up, with both Kirk Hammett and Robert Trujillo busting past the orchestra and into the crowd later in the show. But early on you are left to marvel at just what a stunning composition ...Ktulu is in full, HD, surround sound glory.

With the musicians surrounding the band in the round, it also feels like S&M2 makes The San Francisco Symphony a far bigger part of the show than they were back in 1999. In those days, they sat behind Metallica and were glimpsed only occasionally. Here, they interact with the band (the opening of One, with the orchestra's drummer riffing with Lars Ulrich, is particularly great to see) and show just as much star quality as Metallica themselves. That goes particularly for conductor Edwin Outwater, who looks like Christian Bale, has an intense stare and can be seen thrashing his whole body around in time to the music like an absolute rock star.

Metallica deserve huge credit for really diving deep into the classical world this time around, and many of the film's highlights are when they really step outside of their comfort zone. Such as joining in on a cover of Alexander Mosolov’s Iron Foundry or seeing James Hetfield stand alone and sing The Unforgiven III with just the orchestra alongside him.

There are enough nods to the original project – once more the staggering The Outlaw Torn from 1996’s much maligned Load album is given a run out, and once again, it manages to be pretty much the highlight of the entire set. This might just be the most underrated song in history, and there should now surely be a law passed that makes Metallica play it at every show they ever do from now until forever.

And, of course, if you do just want to see Metallica being a fucking stunning heavy metal band, then the glorious romp through the last half hour of the film will give you that too. Orchestra or no, you just can’t fuck with Wherever I May Roam, One, Master Of Puppets, Nothing Else Matters and Enter Sandman as closers.

It’s easy to feel pretty pissed off sometimes when you’re a Metallica fan; they’ve definitely stood on some pretty shaky foundations over the last couple of decades. But when they get one of these ‘vanity projects’ right, you can’t help but forgive them immediately. Even this deep into their career, they're still taking chances, still challenging themselves, still trying to grow, and, in the case of S&M2, getting it absolutely spot on. A must see.