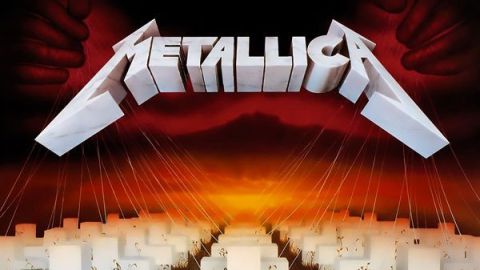 Thirty-one years later, it’s still hard to overestimate the impact Metallica’s Master Of Puppets had on the world. Their most profound and emphatic musical statement, it would come to define them, and with the death of bass player Cliff Burton on that album’s tour, it book-ended an era for the quartet when they went from being celebrated as the most important metal band on the planet to being another infamous rock act forever marred by a gruesome fatality. To their credit, as a unit they recovered, renewed and moved on, and in last year’s Hardwired… To Self Destruct showed that even three decades later, they’re still capable of fury and angst.

For those of us still marvelling at their unparalleled and sophisticated leap from the Kill ’Em All debut to their Ride The Lightning album, Master was a whole other level of erudition. Strange to think now that there was outrage in some quarters when they introduced acoustic guitars to the audience at Hammersmith Odeon (think Bob Dylan’s ‘Judas’ debacle when he went electric, but in reverse) on the Lightning tour. Though if their audience and critics were still clinging to the past, Metallica were marching purposefully forward to the beat of their own drum (toms and double bass drums, mostly), setting the spark to the flame of a genuine musical revolution.

All that history costs. If you want this Remastered Deluxe Boxset – that’s how they’re selling it – then be prepared to dig deep. That said, this collection brings new meaning to the term ‘exacting’.

Flemming Rasmussen’s strangely thin production has been boosted and remastered so the title track now sounds and feels like someone’s driven a dumpster truck through your French windows, but aural tweaking is only the beginning. So while you revel in the original album, you can unbox three vinyl records, 10 CDs, two DVDs, one cassette, a hardcover book (Metallica are master gurners, as these exclusive photos bear out), a folder of handwritten lyrics, six badges and a Damage, Inc. lithograph.

And as alluring as all the attendant bells and whistles are, it’s the attention to detail that will have you shouting, “Take my money!” at your computer screen.

There’s something quite heartening, if tempered with a sense of unease, at hearing Cliff Burton’s lazy stoner drawl again all these years later. He and the rest of the band (Kirk Hammett sounds about fifteen – you half expect his voice to start breaking) are captured here across two of the discs in interviews with radio stations and defunct magazines like Metal Forces and Sounds. Ulrich’s voice crackling down the line to London from his home in San Francisco, trying to indicate the magnitude of the album they’d just made, is a joy to behold. It’s a real artefact, a low-rent relic and just one of the many gems to be unearthed here.

The real joy of this collection isn’t the multiple discs of exclusive live shows recorded from the sound desk, though they are brilliant and captivating. What’s more exciting still are the discs that let us flick through the band’s individual notes and ideas that would eventually become Master Of Puppets. Sit back as Hetfield or Hammett literally click the tape machine into life, the thin hum of a rehearsal room or bedroom in the background, as one of them picks out the intro, note for note, to Battery, or the bridge from Orion. It’s a genuine thrill.

As are the discs dedicated to the writing and demoing of the final album. You can literally hear the songs being pieced together in the band’s writing room. Early demos are splashy and given to falling apart – you can tell how they’re faring by Ulrich’s exclamations as the various songs shudder to a halt. At one point it sounds like he shouts, “That was awful!” and he’s not wrong. That said, by the time you get to the band’s taut run-through of The Thing That Should Not Be and Fang’s The Money Will Roll Right In, you can almost feel the magic beginning to fill the room.

It’s a wonderful insight into the machinations of one of the biggest bands in the world, as well as the fallibility that can only be overcome by hard graft and equal amounts of inspiration. The subsequent live discs realise the thrilling outcome of all that hard work.

This is a brilliant time-stamp of a band on the cusp of greatness. In this all-encompassing collection, Metallica have actually managed to improve on perfection.