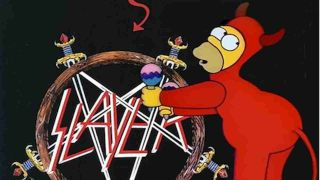 The relationship between The Simpsons and metal goes back decades. Everyone from Metallica to Rob Halford have made cameo appearances in the iconic TV show.

But the utter heroes over at Springfield Albums have gone one further by dropping  Simpsons characters into a ton  of rock and metal albums sleeves.

Even better, there’s an absolute ton of them – just head over to the Springfield Albums Instagram page and check them out. You absolutely will not regret it.

Korn The Nothing - 2019 Suggested by: @kornlag Springfield Albums

Guns N' Roses Use your illusion I - 1991 Springfield Albums

Anthrax Among the living - 1987 Springfield Albums