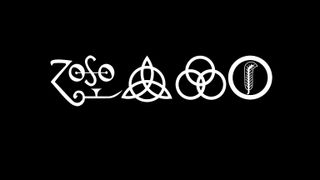 Ever since their first rehearsal in a basement in Chinatown, London in August 1968, the four members of Led Zeppelin – Robert Plant, Jimmy Page, John Paul Jones and John Bonham – were destined to be anything but an ordinary rock band.

In the time it took Axl Rose to make Chinese Democracy, Led Zeppelin released eight studio albums and a live album (The Song Remains the Same). They were a global phenomenon, regularly filling stadiums and to date have sold an estimated 300 million albums.

The death of John Bonham in 1980 spelled the end of the band. An album, Coda, was released two years later and featured unused tracks, mainly to counteract the amount of bootlegs circulating at that time.

It’s highly likely your favourite band owes some sort of musical debt to Led Zeppelin. While many bands attempted to imitate their sound, no-one has come even close to making a mark on the world like they did.

We’ve raided the TeamRock archives to bring you the essential guide to one of the greatest rock bands to walk the earth.

What really happened with Led Zeppelin and the mudshark?

Led Zeppelin: "There were no horizons to what we could do..."

The Story Behind The Song: Kashmir by Led Zeppelin

Led Zeppelin: why lawyers must not dictate the future of rock‘n’roll