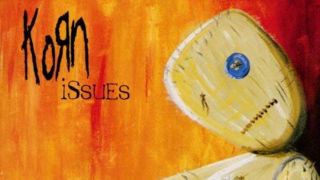 Today marks twenty years to the very day that Bakersfield ‘Godfathers Of Nu-Metal' Korn released their fourth album, Issues. Notoriously divisive and lukewarmly received by the their fanbase at the time, it might not feel like too much of a milestone in a career that has seen the band hit some highs that 99% of musicians will never experience, but looking back on it two decades later reveals plenty to admire.

If each album represents some kind of personal growth then Korn’s classic self-titled debut is the kicking, screaming primal roar of a newborn, 1998’s commercial behemoth Follow The Leader the over excited teen and 2002’s Untouchables the confidence and self-assurance that adulthood brings. Leaving Issues as the awkward growing pains of puberty.

After redefining what heavy music was during the first half of the 90’s, Korn had become genuine rock stars, with all the excess and trappings that go with it, after Follow The Leader’s incredible success.

It was a tough spot for a band that had gained notoriety through such savage music and such bleak catharsis to now be sharing spots on charts and magazine covers with Britney Spears and The Backstreet Boys.

Quite how Korn navigated and juggled commercial success whilst keeping their weirdo, outsider aesthetic intact was a conundrum that clearly rankled them.

This was the year 1999, and heavy music had taken the raw honesty, painful, scathing catharsis and gutturally heavy sonic boom of their material and were starting to up the ante.

Amen’s nihilistic punk atom bomb of a debut was released that year, as was The Dillinger Escape Plan’s genre obliterating Calculating Infinity, and, most crucially of all, Iowan nine-piece Slipknot had gobbled up everyone with their self-titled debut only five months before.

For the first time, Korn, with their Billboard topping records, shiny tracksuits and expensive videos on heavy MTV rotation, were looking like the establishment, and looking vulnerable.

In the buildup to Issues drummer David Silveria spoke on MTV of how the new material contained “Kind of heavier grooves” and was “A little more simplified”, before adding that the album was “Kind of more similar to the beginning.” A statement that should have rung alarm bells.

Korn at that point were a band that appeared to detest the idea of repeating themselves, stagnating or looking backwards. The addition of producer Brendan O’Brien, more famous for his work with artists like Pearl Jam and The Black Crowes, also caused a few heads to be scratched.

Upon its release Issues performed well commercially, entering the Billboard 200 at number one, keeping Dr Dre and Celine Dion off the top spot in the process, and selling 575,000 copies during its opening week.

But both the critical and fan reaction to the record was not so positive, “The band has started to seek a formula” wrote Jon Pareles in Rolling Stone, and many fans seemed to agree.

The following Sick And Twisted tour that supported the album was a roaring success though, with the band finally returning to the UK in May of 2000 after a three year gap to headline Wembley Arena and Manchester Apollo, but it wasn’t until the aforementioned Untouchables that it really felt like Korn were fully back on track.

As the years have progressed, and with us knowing what we now know about Korn and the rest of their career, Issues has begun to take on a somewhat different legacy.

It’s easier to look back at their commercial peak and reflect on how exciting it was to have one of our bands dominate in that manner, and the album itself has aged far better than those early reviews would have had you believe.

Far from a carbon copy of the first album but with expensive production, songs such as the oddly jaunty Somebody Someone, the propulsive Beg For Me, the wonderfully dynamic closer Dirty or, most notably, the now anthemic Falling Away From Me feel like key moments in Korn’s career.

It has some brilliantly atmospheric interludes such as 4u and album opener Dead, and its artwork, famously submitted by fan Alfredo Carlos and chosen by the band as part of an MTV competition, has grown to iconic status.

It’s not perfect, Let’s Get This Party Started is clunky as they’ve ever been, but its main achievement is as a bridge between where Korn were and where they were going.

Issues successfully managed to navigate a difficult balance between stardom and metal credibility, and when the band reconvened for Untouchables they had learnt enough lessons from this record that they were able to sculpt another masterpiece. They’ve never really looked back since.

It was a tough job to follow the immense success of Follow The Leader, but Korn's fourth album still packs a punch, asserting the fact that they'd never be a band to follow trend, no matter what – they'd do their own thing.View Deal