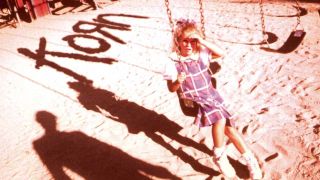 To call Korn’s self-titled debut a game changer would be a bit of an understatement. The record transformed the landscape of alternative music through the 90s and the 00s, paving way for metal’s nu wave and still providing a blueprint for bands to this day. As the band’s 12th record, The Serenity Of Suffering, looms on the horizon, we dig up Korn and rank every moment, worst to best. Well, except for the hidden track – that doesn’t count.

To clarify: THERE ARE NO BAD SONGS ON THIS RECORD. Just slightly less good ones. It’s kind of like rating your favourite sexual position or the best pastry from Greggs on a crisp winter morning – everyone’s got their preferences. That Fieldy/David Silveria break at 1:51 is amazing but Jonathan Davis’ usually spot-on vocal hooks slightly lack here, with his ‘I’m gonna try’ refrain failing to hold a candle, torch or solar panel to the rest of the record. The musical tapestry plastering Davis’s roars, however, ensures that Predictable is merely an 8⁄10 song surrounded almost entirely by top-drawer material.

The one named after a man’s shrivelled willy, induced by too much meth. It’s a musical match too, pinching the cymbal-led, tinny racket of late 80s Ministry and smashing it together with Korn’s heart-on-sleeve approach; those layered vocals at the end are fucking evil, man. While Helmet In The Bush is certainly a precursor for what See You On The Other Side and Untitled’s industrial fancieswould cover, its standing is slightly diminished within the company of 10 or so absolute gems on this record.

So this is basically that *Insert Band Name* Does Lullabies but the other way round. Davis whacks out the bagpipes and rattles through an assortment of nursery rhymes; everything escalates, it all bubbles to the boil and we’re left with one last ‘Give a dog a…’. Not to say it’s a bad song, but the warping of childhood memories is done much more subtly elsewhere on the record, leaving Shoots And Ladders sounding a tad lazy in comparison. It was a novel idea at the time, but the unsettling nature of Korn comes out to play in a much more sinister fashion when they’re not banging on about Mary’s little lamb.

Davis’ childish delivery is better suited here than it is on Shoots And Ladders, invoking a perverse air of innocence within the sing-song chorus. Those thick, meaty verses were written with the guidance of none other than Rob Trujillo – y’know, the bloke from Metallica and Suicidal Tendencies. Nobody can argue with the songwriting pedigree on display here.

Not much of Korn is dated, but that silly outtake preluding Clown is more 90s than a Beanie Baby playing a Gameboy Colour. Not to say this is painfully old-sounding as such – it’s just unmistakably reminiscent of an era. And that era was a time when singles could be challenging – that gargantuan mid-section where the strings are bent to the point of snapping, mate! It’s like Dimebag in a tracksuit.

One of the record’s thicker riffs kicks Lies off, leading into a fragile, warbled testimony. Davis’ grindcore growl through the chorus is either studio trickery or the result of a lot of fizzy drink, while Head’s scream of “GO!” is one of Korn’s innumerable highlights. That sense of escalation is always there, with a superbly placed Silveria drum fill leading us back into a final bout of mangled refrains, the drums being pummelled even further beyond repair. Glorious.

It opens the record and it opened so many people’s minds to the crushing, callous racket of Korn. Silveria’s iconic ride symbol reels us in, Fiedly’s bass belches, Munky and Head exchange seven-string code and then that bit. You know that bit. “Aaaaaare yooooouuu reeeeeeaaaady?!” That is how you start your career, ladies and gentlemen; Blind is a statement of intent, setting the band up for life, basically, with one of the most iconic riffs and sing-along verse sections in rock music. Not bad for a bunch of twentysomething larks from Bakersfield, eh?

They’re a forward-thinking bunch, this Korn lot. The sonics of Issues and Untouchables are hinted at through the guitar wizardry in the verses, while the blasts of sheer noise preluding the second verse are almost noise rock. And then you’ve got Davis’ titular bellows towards the end, nurturing that nigh on death metal scream he’s since cultivated for the live arena. Fake is anything but, pulling from a mighty pool of influence and proving Korn are more than just Primus and Faith No More groupies.

The most unsettling, deeply disturbing recording Korn have ever committed to tape – so why does it have to be so catchy? An emotionally draining song for Davis to perform, Daddy has him take on the role of victim and persecutor following an incident of abuse with a family friend. There’s no joy in listening to this, but the sheer dedication on Davis’ behalf and the trippy, improvised band outro ensure that Daddy is still essential listening when returning to Korn.

Seeing as it was conceived by Silveria and Fieldy, the fact that bass and drums dominate Need To isn’t a surprise; what is a surprise, though, is Davis’ flesh-peeling screams of ‘Why?!’ and ‘Fuck you!’ following a first few minutes that are, admittedly, cool as fuck. Silveria’s simple, primal pounding in the chorus is Need To’s backbone, allowing those discordant riffs and Davis’ yelling to truly shine.

You know that Korn sound they do on the guitars? Y’know, that spooky, wobbling vibrato effect you thought was played through a keyboard or something? That’s all organic here – Head and Munky take us through that classic to and fro business, putting their stamp on an already fresh noise; the bouncing bass and turntable impersonations are proper 90s hip-hop; Jonathan’s scatted, warped screams are a sign of things to come on Twist and Freak On A Leash; oh, and that keg being whacked in the outro must’ve been where Slipknot nicked it from, right? Ball Tongue is uncompromisingly aggressive and one of the more expansive numbers on Korn, adding several flavours without overloading the listener. Head’s screams in the chorus are horrible, mind. In a good way.

Every song on this record has at least one “Oh my God, that was amazing” moment on it – the kind of moment you’ll replicate alongside a group of sweaty, usually topless drunkards whenever you go and see Korn live. Faget has three of these moments, each of them coming from Jonathan Davis. Written of the frontman’s struggles with sexual identity in high school, Faget sees Davis call out his oppressors and empower himself, backed by dissonant chords and the hellish, hoarse screams of Head. The ‘I’m just a pretty boy’, ‘You can suck my dick and fucking like it!’, and ‘All my life, who am I?’ lines are some of the most poignant Korn have ever produced, once again highlighting that innocent/sinister dichotomy. Faget is the epitome of Korn and, indeed, this record: a voice for the voiceless, the oppressed punching upwards.

Korn’s new album The Serenity of Suffering is out on October 21 via Roadrunner Records. You can pre-order it now on iTunes and get Rotting In Vain right away.