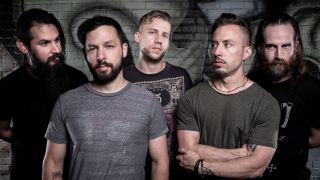 The Dillinger Escape Plan: heroes of the undeground

Over the course of 20 and six full-length albums The Dillinger Escape Plan have created some of the most unique, challenging and boundary pushing sounds in the history of heavy music. They don’t really deal in doing things to anything less than the highest of standards, so judging which DEP release is better than the next is a bit like arguing about whether Pele is better than Maradona. Ultimately, they both shit on everyone else from some height. But, regardless, here is The Dillinger Escape Plan’s back catalogue ranked from worst to best.

By the time OOUITK arrived The Dillinger Escape Plan had already long established and perfected a formula of melody, twisted math metal and schizoid noise beautifully coalescing. And while this album continues that tradition with the likes of the murderously angry opener Prancer and the slinky title-track, it certainly feels like the most typical Dillinger album. Still brilliant, just slightly less of a headfuck than we were used to.

The arrival of new vocalist Greg Puciato into the band – he replaced Dimitri Minakakis – gave DEP the option to stretch the parameters of what they had already done into more melodic areas. Whilst this meant that fans of more mainstream music were appeased now that they had hooks to grab onto, some of the bands original hardcore fanbase felt betrayed by the move into more commercially minded territory. Although with a decade reflection to calm down, it’s clear that the likes of Sunshine The Werewolf and Panasonic Youth are classic DEP tracks.

With the core writing relationship of the band now established in Puciato and guitarist Benjamin Weinmann, DEP strode forward again with Ire Works. An album that featured legitimate pop hooks on Black Bubblegum, Apex Twin-esque broken electronica on Nong Eye Gong and a return of original vocalist Dimitri Minakakis trading vocal roars with Puciato on Fix Your Face. A very, very good album in other words.

For pretty much the first time in their career the different genres that Dillinger channelled were melded not just over the course of an album, but over the course of single songs. The orchestral swell that turns into groove metal on Gold Teeth On A Bum, the smoky lounge piano that opens Widower that ends up the most vicious of grindcore and, most impressively, the straight up insane genius of Goodbye Mona Lisa. How many bands could top that? Very few.

It’s not an album, no, but it’s worth giving you a heads up that The Dillinger Escape Plan and Mike Patton have worked together, and it’s a good as that idea sounds. All of DEP’s EP’s are well worth checking out, from the self-titled debut to the blink and you’ll miss it The Running Board, but this is four tracks of deranged genius. The cover of Come To Daddy by Aphex Twin might get most of the headlines, but When Good Dogs Do Bad Things is as good as anything either parties have ever put their name to.

Most bands limp out of action with their material becoming less vital and more watered down with every passing year, so how refreshing it is that The Dillinger Escape Plan have bucked that trend. After announcing Dissociation would be their last album not many would have predicted that they could go out in such magnificent fashion. But in reality it makes perfect sense, having pulled and pulled at their own sonic envelope for so long Dillinger finally broke it into a million pieces. Puciato rages and croons through his finest ever vocal performance, the band throw every conceivable musical idea they have ever had into the mixing pot and keep surprising us right to the very end by bowing out with a shimmering, heart breaking ballad. In years to come it might be considered their magnum opus, we’re still trying to get our heads around it.

The album that started it all, and the purist’s choice. It tops the list not because it’s the most eclectic or well realised album in Dillinger’s back catalogue, but because of the shock waves it sent through underground music when it arrive in 1999. The meld of jazz time signatures and extreme metal had never been done in such a way, and the riff that opens 43% Burnt or the inhuman twists and turns of Under The Running Board still sound completely alien. The Dillinger Escape Plan are a band that can do many things, and do them all well, but no album in history, from them or from any other band, has ever sounded like a single second of what makes up Calculating Infinity. A genuine landmark in the progression of heavy music.