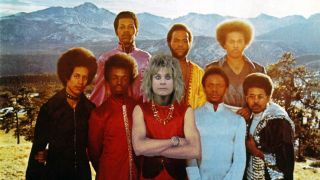 DJ Cummerbund, the mysterious mash-up artist whose previous work includes startling conglomerations of Rush & Kelis, Foo Fighters & Rick James and Twisted Sister & Blind Melon, has emerged with what may well be his strongest offering so far.

It’s probably the most uplifting song about railways/mental illness/the cold war (depends who you believe) you’ll ever hear.

For more of his magnificent mash-ups, pay a visit to DJ Cummerbund’s YouTube channel.

The World's Funkiest Black Sabbath Tribute Band Are Back