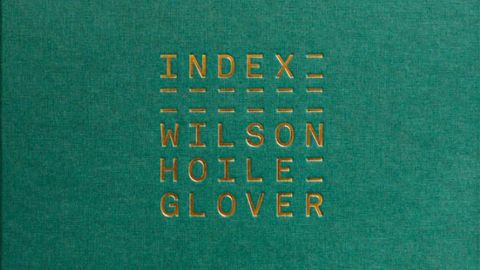 In this modern era of soulless MP3 downloads, the almost symbiotic relationship between a musician and cover artist has started to wane.

The obvious golden age was the 1970s, when album sleeves had the luxury of being produced on gatefold sleeves, a canvas that allowed the complexity of the musicians’ overall vision to be set out in glorious detail. For artists, the move to CD was ghastly enough, but with album covers now being demoted to a few square pixels on an MP3 player’s screen, the artistic package has been grimly diminished. Mercifully, there are those musicians – such as Steven Wilson – who have demanded that their work is released in a glorious physical form, either on record or, better still, as part of high-end, luxury LP-sized books that allow dozens of images to be included. Indeed, Wilson’s long-term, hugely productive collaborations with both Carl Glover and Lasse Hoile has generated sleeves for his solo records, as well as Porcupine Tree, Blackfield and No-Man projects, providing a superb visual companion to those releases. Now they’re collated here in book form for the first time. Viewing the images collected here, what’s immediately noticeable is that although they have a thoughtful uniformity, they have never become clichéd or repetitive, and the breadth of subject matter they cover is captivating. Whether that’s images of Wilson donning a gas mask for his solo album *Insurgentes *(which is surely a homage to the film Dead Man’s Shoes?), shots of the beautifully decayed World War 2 Maunsell Forts in the Thames, or the surrealist, haunting figures that adorned Porcupine Tree’s The Incident, these are visions that are as compelling as the music on the albums they were created for. As Wilson rightly acknowledges in the book’s introduction, he was incredibly fortunate to discover a pair of artists in Glover and Hoile who share similar influences and understand his grand vision. Long may that fertile relationship continue.