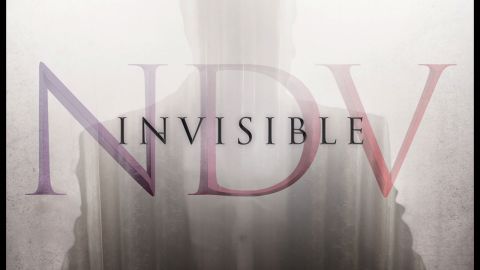 The drummer, multi-instrumentalist and singer’s second solo album in 19 years is released on Big Big Train’s label and latterly D’Virgilio has made compositional contributions to that most English of groups. But as this line-up would suggest, Invisible is coming from a very different area.

The album’s underlying concept coalesced around D’Virgilio’s observations of the marginal, unsung people of the world, those who may appear to be “dead inside” and “just a number” and how their lives can be transformed. In getting from A to B, he delivers a mix of moods, from the sombre scene-setting orchestral piece Prelude, and big AOR-ish ballads with music theatre aspirations like the title track, to Turn Your Life Around with heavy staccato riffing that nods back to his former band, Spock’s Beard. Its flamboyant guitar and keyboard soloing also evokes the spirit of Todd Rundgren’s Utopia, while I’m Gone lopes out on a funky groove akin to Dixie Dregs. There is also a decelerated, slightly sinister cover of Barrett Strong’s Money (That’s What I Want) on which D’Virgilio considers the pros and cons of the root of all evil.

He moulds all this into a personal musical style with bold statements that also contain a high degree of subtlety in their intricate instrumental and vocal arrangements. There are times when the slower tunes sag a little, but the second half picks up momentum through the high drama of Mercy, which includes turbulent time changes steered by powerful, tight drumming, and some warp speed fretwork. The drama is reinforced by what appears to be both strings and Mellotron.

Invisible shows once again that if you have philosophical questions it’s probably best not to expect answers from musicians, even those as talented as D’Virgilio. The narrative and existential concerns that run through the album aren’t particularly original. His lyrics serve mainly as broad brush strokes, and despite his soulful vocal performances it’s hard to get lasting emotional traction on the songs. But that said, it’s still compelling. The jubilant sentiments of Not My Time To Say Goodbye are set to strings and bittersweet brass lines and the story’s main protagonist finally achieves redemption on the luminous, exultant I Know The Way, which closes Invisible with the best tune on the album.