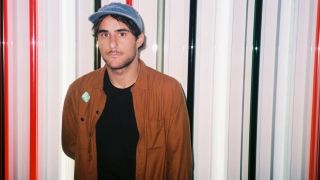 Paramore drummer Zac Farro is grateful for a “second chance” to work with the band.

He quit along with brother Josh in 2010, following the release of third album Brand New Eyes the previous year. The pair said they’d become tired of being a “manufactured product” and accused singer Hayley Williams’ management of manipulation.

But Farro has now “restored” his friendships with guitarist Taylor York and William, and recently confirmed he was working with them on the follow-up to Paramore’s self-titled full-length.

He tells Billboard’s podcast Alt In Our Stars: “It’s a second chance. I’m so thankful that I’m playing on the album.

“I’m not super proud of how everything went down, but Hayley and Taylor have become really good friends of mine again and they’re super supportive of my stuff. We restored our friendships. We haven’t skipped a beat and it’s been so amazing.”

Though there’s no word on whether the drummer will tour with Paramore, he says it “would be fun” to go on the road with them again.

He adds: “I don’t know if that’s an option. We haven’t talked about it. It would be fun – something would be great.

“I’ve got my stuff going on but if they could both work – who knows? I’m just going to let it happen and keep doing my thing regardless.”

Farro will launch third album Sudden Feeling from his project Halfnoise on September 9. It can be pre-ordered on Amazon.