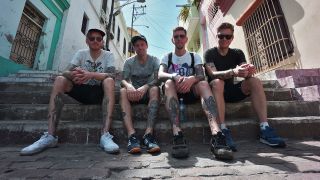 Due for release on August 25 via Truthseeker Music, it’s the first time we’ve seen Yards since 2014’s single Gambling Teeth At The Milk Casino, taken from their second EP.

Comprised of former members of The Ghost Of A Thousand and Astrohenge, Excitation Thresholds was recorded at London’s Bear Bites Horse Studios with Wayne Adams.

Excitation Thresholds is available to pre-order now. Vinyl is limited to 300 copies.

They have also announced four shows in the UK: