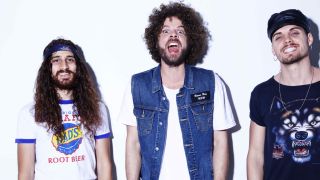 Australian outfit Wolfmother have made their song Gypsy Caravan available to stream.

It’s taken from their fourth studio album Victorious which will be released on February 19 via Universal.

In November the band made the album’s title track and City Lights available to stream.

Lead singer Andrew Stockdale said of the album: “I wrote it for a friend who had an illness and it didn’t look good. But then things picked up and she got better and it made me think that the simple kinds of things in life like health, and being healed, were the real victories.“

He adds: “It’s good to still be playing and to be making music. I don’t take it for granted. I think it’s an honour and a privilege to be able to live off my creativity.”

They’ll head out on a North American tour next month.