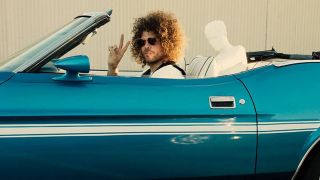 Wolfmother have made two tracks from their upcoming fourth album available to stream.

Title track Victorious and City Lights are also both available as instant downloads with pre-orders of the album – released on February 19 via Universal. Hear the songs below.

The album is the follow-up to the Australian outfit’s 2014 effort New Crown and was recorded at Henson Studios in Los Angeles with producer Brendan O’Brien.

Mainman Andrew Stockdale says: “Back in the early days, I’d play guitar, bass, and drums and then present the ideas to the band and we’d work on the arrangement together.

“I thought it would be cool to get back to demoing ideas by myself and playing everything. It’s a good way to do things because it can make the style more cohesive.

“We wanted to get back to that big sound. The album is a balance of garage-y energy and big production. It’s wild, energetic and perfect for a festival main stage.”

Wolfmother tour North America early next year. See below for the full list of dates.