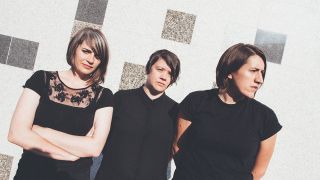 Manchester post-punks LIINES are streaming the video for their new single, Shallow, only on TeamRock.

Shallow is the follow-up to the 2017 double-A side single Disappear/Be Here, and is the first new material to be released by the band in 2018. It accompanies the announcement of their debut album Stop-Start, which will be released on 4 May via Reckless Yes Records.

“It’s relentless and on loop, which I hope shows how it feels when those kinds of obsessive feelings develop and won’t let up. I wanted a song that made the listener feel like they were suffocating and almost relieved when it was over.”

Shallow is released on 23 February. Catch the band on tour at one of the dates below: