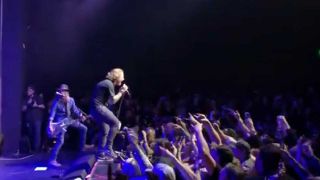 Last night at the Observatory in Santa Ana, California, the rock and metal community came together for the annual Dimebash celebration, a tribute to late Pantera and Damageplan guitarist Dimebag Darrell Abbott, who was shot dead onstage on December 8, 2004.

Hosted by SiriusXM’s Jose Mangin, the night featured full sets from Kill Devil Hill and Fireball Ministry, alongside an all-star jam playing a selection of Dimebag’s most well-known tracks.