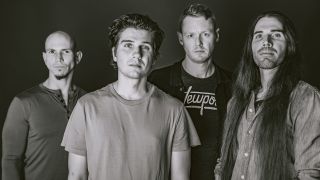 Skyrunner is a concept album that tells of a hero’s quest to honour a promise. It’s a tale of an epic journey through the fall from grace, the battle for redemption and the ultimate glory and tragedy of salvation.

The band say: “We have spent the last two years working on this concept album and we can't tell you how excited we are to finally release Skyrunner... It was a great pleasure to work with Forrester Savell on the production of the album as his ear for mixing was the right fit for our sound which blends progressive rock and Metal influences. The album is an epic telling of a hero's journey with narrative concepts and perspectives from the characters within the story. Skyrunner is a new chapter for Thematic and we look forward to taking this epic story out live to audiences in 2020!”

3. The Open Arms of Grace

Check out a preview of Skyrunner on the band’s Facebook page.