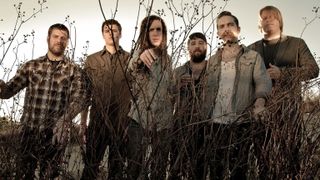 Underoath’s comeback show has been made available to view in full.

The reunited band’s first show in more than three years took place in Tampa, Florida, on March 13 and has been uploaded to YouTube. The band posted a link to the video on their Facebook page.

Last year, the Grammy-nominated outfit – who formed in 1997 and released seven studio albums before splitting in 2013 – announced their comeback in a cryptic Facebook post.