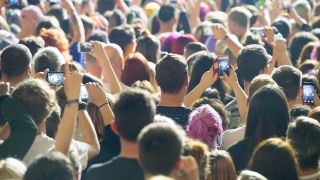 The UK government has reduced business rates for small and medium-sized grassroots music venues by 50% across England and Wales.

The Music Venue Trust reports that the move will free-up more than £1.7 million, helping venues keep their doors open after a spate of closures over the last decade.

“Music Venue Trust has been working hard with government on this issue for the last four years and it is a huge breakthrough for us and the members of the Music Venues Alliance.

“We’d like to thank our partners at UK Music and Musicians’ Union for their support and help in getting this over the line.”

A total of 230 venues will benefit from the move, with the average saving per venue coming in at £7500 per year, with the news coming after the government pledged to help protect UK music venues under threat from housing developers.

Music Venue Trust CEO and founder Mark Davyd adds: “This latest announcement from government is another foundation stone in the support Music Venue Trust is building so that we can deliver a vibrant, sustainable, world class grassroots music venue sector to artists and audiences.

“There’s still a lot to be done on this specific issue, and we look forward to working with the governments in Scotland and Northern Ireland to make sure that grassroots music venues across the UK have a level playing field when it comes to business rates and public subsidies.

“This issue can be tackled, and it needs a broad coalition of key stakeholders to do that. Government, the cultural sector and the live music industry have all acted in the last 12 months to address the crisis in this sector. It’s now time for recording, streaming and publishing interests to play their part.”

Davyd continues: “Billions of pounds in revenue are being generated in the music industry from the music that is tested, developed, finds its audience and emerges from these vital spaces. PRS for Music, PPL, Universal, Warners, Sony, Spotify, Apple and Google now need to come to the table and tell us what they are going to do to make sure that continues to happen.”

In other UK venue news, The Stables in Milton Keynes have been successful in their latest bid to secure their future in the ongoing battle with Abbey Homes over potential noise issues.

A statement on their website explains: “The developers had applied for a Certificate Of Lawful Development that would have allowed them to proceed with building next to The Stables without implementing the condition of a Deed Of Easement (condition 14), which was applied to the original planning permission granted for the site.

“At a meeting of the committee, Council members agreed with the recommendations from officers to refuse permission and to enable appropriate enforcement action is if the condition is breached.”

The statement continues: “The committee noted the risk that the developers may now appeal the refusal, posing a residual risk that The Stables will incur additional legal costs. The Stables, a registered charity, has so far funded fees for legal, planning and noise consultants from its reserves spending over £60,000 since April and in excess of £100,000 in total.”

As a result, a Just Giving page has been set up to support the venue.

Music Week also report that historic London venue The 100 Club has been granted special status by Westminster City Council as part of a drive to protect venues in Soho.

While The 100 Club will benefit from the new 50% business rate cut, it will also be supported by NNDR Localism Relief which can grant up to 100% in business rates cuts. This applies to grassroots music venues in the area where the venue is an non-profit organisation.

Owner of The 100 Club Jeff Horton tells Music Week: “I’m thrilled The 100 Club has been granted this new business rates relief. It means we can continue to support the careers of the hundreds of artists who take to our stage each year.

“This is a game-changing approach from a local authority in supporting grassroots music venues. I’m grateful to Westminster Council and for the continued support of the Mayor of London and the Night Czar. I hope that other local authorities will adopt a similar forward thinking approach to support the music industry.”