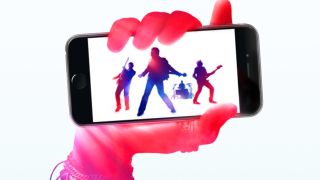 U2 frontman Bono has apologised for their recent album giveaway stunt.

Now Bono says there was a variety of reasons why they decided to release the album the way they did – and he’s sorry if people were upset by the move.

He says in a Facebook Q&A session: “I’m sorry about that. I had this beautiful idea and we got carried away with ourselves – artists are prone to that kind of thing.

“Drop of megalomania, touch of generosity, dash of self-promotion and deep fear that these songs that we poured our life into over the least few years might not have been heard.

“There’s a lot of noise out there. I guess we got a little noisy ourselves to get through it.”

He said: “They’ve sent a message to everyone that music is free, and that’s disturbing. It’s easy to do that when you’re a multi-millionaire and money isn’t something you worry about. But when you’re a working band and you count on every dollar, it’s disappointing to see someone do that.”

Apple were forced to issue an online tool to allow iTunes users to delete the album.