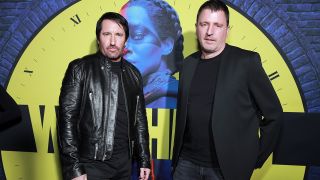 The nine-part series based on Alan Moore and Dave Gibbons’ 1986 graphic novel has just begun, with the Nine Inch Nails leader and Ross set to release the first album on November 4.

The second will follow on November 25, with the final part of the trilogy arriving on December 16.

Each album will be released on digital and streaming platforms and on heavyweight 180g vinyl.

While the tracklists and cover art for all three volumes are currently under wraps, the duo have released an audio video for the end credits which can be seen below.

Watchmen graphic novel
Alan Moore and Dave Gibbons’ 1986 graphic novel is classic that everyone should read - and with the new nine-part series now being screened on HBO, this is a great time to pick up a copy.View Deal