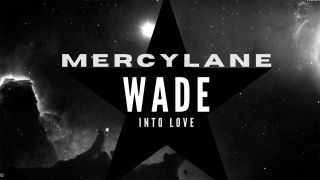 The God Machine drummer Austin Lynn Austin, aka Ron Austin, has returned to active duty with new outfit Mercylane. He's released a video for new song Wade Into Love, the first new music from Austin for 30 years. You can watch the video in full below.

"After a long career in visual mediums I have come full circle and fell right into music again," explains Austin, whose new music retains the moody atmospherics that made The God Machine so appealing. "I moved to the mountains in Southern California and have worked painstakingly to finally become a songwriter. After teaching myself how to sing and play guitar I have nearly three LPs worth of songs now and proud to present Mercylane."

The God Machine were a US post-rock trio who were largely active in Europe in the early 90s. Signed to The Cure's label Fiction Records the band's 1993 Scenes From The Second Story debut album, a heady mix of post-rock and alternative heavy rock with hints of progressive rock reached No. 55 in the UK album charts. By the time the band's second release, One Last Laugh In A Place of Dying was released a year later, the band had ceased to exist, following the death of bassist Jimmy Hernandez and Austin and singer/guitarist Robin Proper Shepherd had gone their separate ways.

"When I began writing Mercylane songs it all felt disjointed and disconnected (sometimes it still does)," Austin adds. "It’s going on nearly 3 decades that I have actually played music with others in a real way. And those “others” were giants. That’s pretty much all I ever knew before this. The God Machine always had this invisible glue between us that sonic-ally seamed it all together. It’s that invisible space that you can not just make up or plan to happen, it just is. It’s the same between players who can sway and swing like the tide together. There is a force there that is unheard and unseen.

"Drafting songs on my own has really forced my imaginary mind to visualize what it would be like to be with other players. In those early days, I tried to write with the intention of being able to have a full band perform the songs. I would write with a visual image in my mind of how a song could sound and unfold live. Wade is one of those songs."