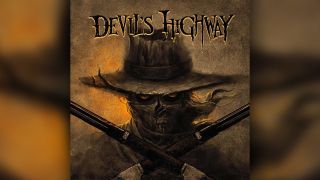 Members of Testament, Deicide, Crowbar, Trouble and Dimmu Borgir have formed classic metal supergroup Devil’s Highway – and their debut album will be finished in December.

Thomas says their sound is influenced by Black Sabbath, Alice In Chains, Ozzy Osbourne and early Scorpions. He adds: “I met Ralph on tour and we hit it off perfectly. He played me some songs and asked if I’d be interested in working with him. I immediately said yes.”

The project stepped up a notch after Thomas, Santolla, DiGiorgio and Laureano toured Japan as the Death Metal Allstars. “We decided it was so much fun that we should make a real band,” says the singer.

“Some of my closest friends say this could be the best material I’ve ever been involved with. I’m honoured to be in the mix.”