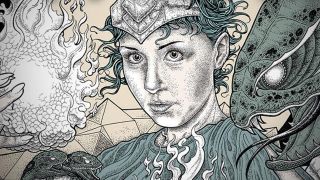 Temples Festival 2016 has been cancelled on less than a week’s notice due to a lack of funding.

The event was due to take place from June 2 to 5 at Motion in Bristol, with Mayhem, Melvins and Carcass set to headline.

But chief promoter Francis Mace has today admitted that he “made a series of bad business decisions and dealt with the situation very poorly,” leading to the withdrawal of the festival’s main funding source.

He says he has been riddled with debt since 2015’s Temples Festival and could not face a similar hardship this year.

Mace says: “My intention was always to setup a unique UK festival which books bands who are rarely seen in the UK, I’ve tirelessly dedicated myself to this event for a long time now and the decision to cancel this year’s event has been unequivocally the hardest call I’ve ever had to make in my life.

“My sincere apologies to those of you who will lose out as a result of this, I am truly sorry - but I can’t face another year of debts and damage.”

He adds: “Having already lost in the region of £70,000 throughout Temples Festival’s existence - I’m afraid adding more debt to that will simply cripple both myself and the festival, and after such a difficult year it’s not an option for me to take on such a huge debt personally.”

Mace says ticket refunds are available at the point of purchase.