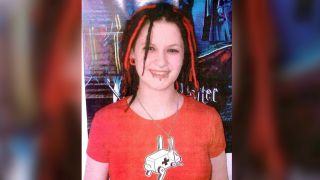 Music fans are being urged to ‘goth up’ in memory of Sophie Lancaster on the ninth anniversary of her death.

The 20-year-old sustained fatal injuries while trying to protect boyfriend Robert Maltby, who survived the assault, from an attack by Ryan Herbert and Brendan Harris on August 24, 2007. The pair had been targeted because they were wearing goth-style clothing.

That prompted her mother Sylvia Lancaster OBE to set up The Sophie Lancaster Foundation, which aims to tackle hate crimes by educating people about subcultures and spreading a message of tolerance.

And as today marks nine years since Sophie’s murder, people are being encouraged to take selfies in goth clothes and make-up in remembrance of Sophie and post their picture on social media with the hashtag #gothupforsophie.

Sylvia Lancaster tells the Lancashire Telegraph: “This is a hard time of year and I feel quite flat as we approach the anniversary of Sophie’s murder.

“But this campaign is wonderful and I am thankful to the organisers who continue to show support. The selfie enables young people to be themselves and it and really shows social media being used at its best.”

“It’s really uplifting to see people taking part in the #gothupforsophie challenge – and it’s also a really fun way for people to express themselves exactly as they want.”

Those wishing to donate to The Sophie Lancaster Foundation are asked to text SOPH05£(your amount) to 70070.

Ryan Herbert and Brendan Harris were jailed for life in 2008 for Lancaster’s murder in Stubbylee Park, Bacup, Lancashire, UK, and for causing grievous bodily harm to Maltby.

Last week, Herbert had his appeal to have his minimum 15-year jail sentence reduced turned down by the High Court. His lawyers told the court that he had made “unexpected and substantial progress” in prison which justified a reduction in his sentence, but the plea was rejected.