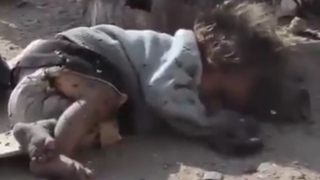 System Of A Down drummer John Dolmayan has been so moved by an image of a child affected by war in Syria that he wants to track the youngster down and adopt him or her.

Dolmayan posted a picture of the child to his Instagram page and asked his followers to pass on any information. He also vowed to raise the child as a Muslim if that is their background.

He says: “If anyone anywhere knows anything about this child in Syria I am looking to adopt him/her, so please send any info. FYI I will raise the child Muslim if their heritage is so.”

Conflict in Syria has left many children orphaned, with charity Unicef saying: “More than eight million Syrian children are in danger. Many have lost their homes, their schools and even their families.”

The image highlighted by Dolmayan appears to have been uploaded to the internet at least 10 months ago, according to one version of it on Pinterest, and it is not clear if the child is an orphan.

System Of A Down this week confirmed they had 15 songs written for what will be their sixth album. Dolmayan said: “We’ve been working on a new album for the last six months and there’s about 15 songs that I think are album-worthy.