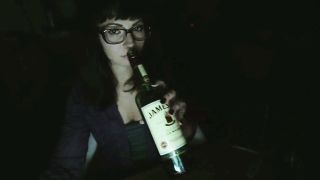 And it’s accompanied by a blog written by the main character – a reclusive artist who writes about her interest in people who go missing and her talent for hiding in public.

She discusses the sister she only had for six months, a story idea for a man who lives in a construction crane, and a cat that briefly adopts her. Things appear to take a more mysterious turn when visitors arrive at her high-rise flat and ask her questions.

A pivotal blog entry reads: “Recently I’ve been haunting myself. A few days ago I woke up some time in the middle of the night, but didn’t open my eyes for a long time, just lay there listening to the rain on the window. When I did open my eyes I was standing at the end of the bed just watching.

“Then I leaned over and handed myself an envelope with the words ‘A List of Betrayals’ written on the front. I haven’t had the courage to open it yet.”

Wilson tours the UK in March: