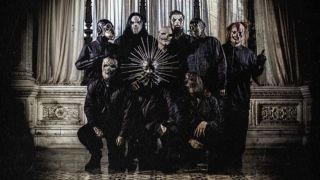 Slipknot have announced a 10-date UK and Ireland tour – with support from Korn.

Corey Taylor’s crew will launch their Prepare For Hell tour in Dublin on January 14 next year, before a length and breadth jaunt up and down the UK.

Slipknot say the UK is where their career really took off in the early days and that they are thrilled to be coming back in support of their new album .5: The Gray Chapter – released on October 20.

Taylor says: “The UK has always been very special for us. In a lot of ways, it’s where this insanity began. So, for this tour, we decided to try and hit as many places as we could - not only England, but Scotland and Wales as well.

“Technically Ireland is Europe, but we’re going there too. We’re coming back for the people who started this for us – that would be you. Prepare yourselves. Hell is coming.”

Korn have been confirmed as main support for the tour, with an opening act to be announced in due course.

Tickets go on sale on Friday, October 17, at 9am via www.livenation.co.uk and www.ticketmaster.ie priced £39.50 in the UK and €59.50 in Ireland. A special fan pre-sale will begin on Tuesday, October 14 at 9am. Register at www.slipknot1.com