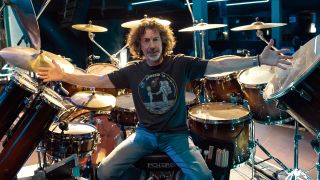 The set also includes remastered versions of the previous Protocol releases (I, II, III & IV), plus two full CDs of previously unreleased demos, with the music that would later become the finished material for Protocol II, III & IV albums. Protocol 4, included, was nominated for a Grammy in 2018 for Best Contemporary Instrumental Recording. Phillips himself composed the liner notes of the box set’s 24-page booklet, providing insight into the genesis of the band, the tunes and recording processes. Order your copy here and here.