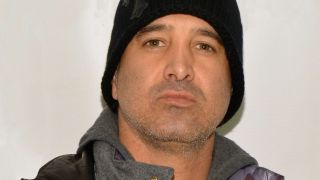 Troubled Creed singer Scott Stapp has asked fans to crowdfund him to the tune of $480,000.

It follows a week in which he released an emotional video saying his bank account had been frozen and he was under attack. He later withdrew it, explaining he “should have known better.”

But in the meantime it was revealed that his wife had filed for divorce, citing his heavy drug use, threatening behaviour and a suicide attempt.

Meanwhile a group calling themselves Stop Scott Stapp have launched a counter-campaign, calling for $50,000 to prevent the singer from making any more music.

They say: “Our society has come a long way since the mid 90s. If this new album and novel becomes a reality, they would immediately take us many steps back. With your help, together we will protect the world from these atrocities. Whatever it takes, we will ensure that these two pieces will not become a reality.”