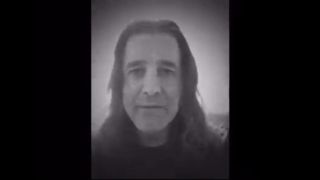 Creed frontman Scott Stapp says he's looking for a lawyer to help him fight what he calls a string of "slanderous, libellous accusations."

In a self-shot video uploaded to Creed’s Facebook page today, a disheartened Stapp tells fans how he spent weeks living in his car after his bank accounts were “frozen” by the American Internal Revenue Service (IRS). He also claims his online banking accounts were hacked.

The 15-minute clip was recorded in a hotel room where Stapp, 41, says he’s been living.

Insisting that he remains sober and clean, Stapp says: “I’m sure you’ve heard the many rumours and slanderous, libellous accusations over the last few weeks.

“I’m under some kind of vicious attack, I still haven’t figured out the reasons why. There are people who have taken advantage and stolen money from me. They are trying to discredit and slander me. I have even been threatened.

“Right now I’m living in a Holiday Inn, by the grace of God. There’s been a couple of weeks where I had to sleep in my truck. I had no money for gas or food.

“I went two days without eating and ended up in an emergency room. When I called the bank to see what happened to the funds I had remaining in the bank, someone had used my information and changed my online passwords to my bank accounts and transferred all the money out my bank accounts so I had nothing.

“My civil rights have been violated. I’m gonna expose and I’m gonna fight every single individual that is responsible for this. Right now I’m looking for an honest, good attorney that’s ready to fight and take it all the way to the top.”

In April, Stapp opened up on his battle with drink and drugs and said it took a near death experience for him to change his ways. Creed guitarist Mark Tremonti told TeamRock this month that Creed was the furthest thing from his mind and that he hand’t spoken to Stapp in years.