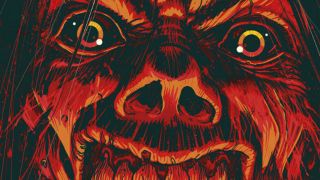 Realm Of The Damned: Tenedos Deos

The first release of graphic novel Realm Of The Damned which features Behemoth, Emperor and Mayhem is to launch on October 19.

The story is set in a dystopian world overrun by vampires – in which the most evil vampire is to be resurrected. It’s written by Alec Worley, illustrated by Simon ‘Pye’ Parr at 2000AD, and was created by Steve Beatty, Werewolf Publishing founder and former co-owner of Candlelight Records.

Tenebris Deos, the first of four planned installments, will be issued via Maniacal Publishing after founder Greg Ross asked Beatty if he could release it in North America.

Ross says: “I literally begged him to let me release it. It’s one of the most exciting projects I have ever been involved with and I can’t wait for people to see it.”

Beatty adds: “I’m super excited to see Realm Of the Damned released in the US via Maniacal Publishing and to be working with Greg again.

”Realm Of The Damned has been a huge success in Europe so far with our first pressing selling out. It’s fantastic to see it coming stateside for the growing legion of undead fans. Enjoy the darkness America.”

More release details will be revealed in due course.