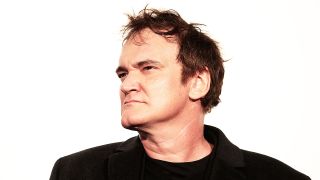 Sometimes, an iconic soundtrack can be all that stands between a good film and a great film. After all, what would Jurassic Park have been without its stirring, John Williams-penned theme-tune? The Exorcist without the sinister strains of Mike Oldfield's Tubular Bells? Any John Carpenter film without a John Carpenter score? You get the picture.

Film buffs will no doubt be delighted to learn that, to mark the release of his new movie Once Upon A Time In Hollywood, director Quentin Tarantino has compiled a playlist of all this favourite songs to have appeared in his movies.

With more iconic cinematic moments than you can shake a stick at, the music from Tarantino's films has become almost as well known as the scenes themselves. As part of his contribution to Spotify's Film & TV Favourites playlist, Tarantino selects tracks from the likes of Chuck Berry, T.Rex, Soundgarden, Johnny Cash, ZZ Top and – of course, Pulp Fiction signature tune supplier Dick Dale – taking you inside his filmography over the course of 68 tracks.

You can listen to the playlist in full below. Once Upon A Time In Hollywood is released on August 15. Check out the trailer at the bottom of the page.