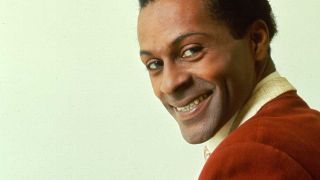 “I thought to myself,” Brian Wilson reflected, “what about trying to put surf lyrics to Sweet Little Sixteen’s melody?” Despite this brazen cut-and-shut, 1963’s Surfin’ USA was credited to Wilson alone when it hit No.3 in the US – although the bean-counting Berry had his name in the brackets three years later.

A highlight of 1965’s Bringing It All Back Home, the locomotive rhythm and shot-from-the-hip lyric had roots in Berry’s street-sussed sides from a decade earlier. Dylan didn’t deny the influence: “It was from Chuck Berry – a bit of Too Much Monkey Business – and some of the scat songs of the forties.”

Beck’s showboat was fundamentally Berry’s Guitar Boogie given an added lick of speed and flashy harmonics. It was a highlight of 1966’s Roger The Engineer.

Even in their most avant-garde period, The Beatles played it straight on this White Album opener, saluting the man who Lennon felt personified rock’n’roll with the chugging verse and a title that tweaked Berry’s own Back In The USA. McCartney’s lyrics might have swapped the bobbysocked queens for Moscow farmers’ daughters, but the inspiration was clear.

Berry’s arrival on Radio Luxembourg was a thunderbolt for the young Ian Hunter, and the Mott linchpin ran with the baton on this clattering ode to girls, trains and topology. One of Hunter’s more route-one moments on 1970’s Mad Shadows, it became a fan favourite.

All shuffle beat and vamped chords, Get It On was Marc Bolan’s salute to Little Queenie, and if you hang around until the fade his kiss-off quotes verbatim from the original: ‘And meanwhile, I’m still thinking…’ Berry’s Queenie barely scratched the US chart; his acolyte’s tribute made it to UK No.1 and US No.10.

The Stones padded early sets with Chuck Berry covers including Carol and You Can’t Catch Me, and the influence bled into Jagger/Richards originals too. This runaway Exile cut has been described as “Chuck Berry on amphetamines”. And given that it was recorded amid the bloodshot-eyed excess of Nellcôte, amphetamines were probably just the start.

Even Bowie wasn’t immune to Berry’s earthly pleasures, having revved up Around And Around in 1973 (retitled Round And Round). On Jean Genie the influence was writ large in Mick Ronson’s screaming double-stop intro: echoing the railroad crossing ring-a-ding that opens No Particular Place To Go.

Berry’s auto-erotica fed into this Machine Head highlight, which throbs with foot-down velocity and spits out lines (‘Nobody gonna have my girl/She stays close on every bend’’) of which the great originator would surely approve. “I have said often enough,” notes Roger Glover, “that the entire edifice that is rock‘n’roll is held up by the twin pillars of Little Richard and Chuck Berry.”

While Jagger ticks off the conquests of a serial groupie who gives ‘head to Steve McQueen’ and keeps her ‘pussy clean’ Richards stokes the engine room with perhaps the most blatantly Berry riff of his career. The trilling intro lick in particular is so close to Johnny B Goode that it’s practically a sample.

Angus Young borrowed Berry’s duck-walk, while AC/DC beefed up his sound on 1975’s Australia-only T.N.T., doffing a cap with Rocker (and covering School Days). The tune was later on the international release of Dirty Deeds Done Dirt Cheap – and the influence remained the spine and body of the Youngs’ sound.

“Yes, I’ll own up straight away,” Brian May wrote on his website following Berry’s death. “There’s a very deliberate direct quote in my playing in the coda of Now I’m Here, followed by another nod – the thrown-in chorus ‘Go go go little Queenie’…”

Even before the British punk movement proper, the Feelgoods had joined the dots on this chippy standout track from 1975’s Down By The Jetty. “When I first heard Chuck Berry, it was just so exciting and mysterious,” says guitarist Wilko Johnson. “I thought: ‘I will always dig this music’. And I was right.”

In a 1980 interview with Jet Lag, Berry spotted the lineage from his pioneering singles to the Ramones’ oeuvre (“These guys remind me of myself”). This cut from Rocket To Russia was straight out of his playbook, with a teen-targeting lyric, about hitchin’ a ride to a fabled surf spot, that Berry might have scribbled.

Pistols bassist Glenn Matlock remembered key ingredients as Bowie and The Move, but Berry rightly heard himself too in the classic rock‘n’roll structure and the rabble-rousing upper-fret slide riff that kicks this off. “Guitar work and progression is like mine,” Berry sniffed, reviewing a batch of punk singles for a magazine feature. “Good backbeat. Can’t understand most of the vocals…”

Stewart was one of the first stars on to Twitter when Berry died (“He inspired us all. The first album I bought was Live At The Tivoli and I was never the same again”). In truth, he’d been paying thinly veiled tribute for decades, not least on the screaming string-bends of this leery solo hit.

When a 13-year-old Lemmy heard Berry’s Sweet Little Sixteen the influence was indelible. On this proto-thrash benchmark, Berry’s calling cards were soaked in petrol and bourbon, but Fast Eddie Clarke’s doublestop lick is an undeniable salute.

Johnny Thunders - Too Much Junkie Business (1983)

Berry’s Too Much Monkey Business fired a thousand cultural starting pistols; covered by The Beatles, Yardbirds and Kinks; co-opted by Dylan; referenced by Johnny Thunders for his 1983 odds-and-sods album of the same name. Recorded live without a lick of polish, the guitar work is rocket-fuelled Chuck, the lyric pure squalor.

“It’s one of the first songs I guess you could say I ‘wrote’,” bluesman Clark told Rolling Stone. “But it’s a direct influence of listening to Chuck Berry. I was just speaking the truth: it wouldn’t be possible without him. That’s true of a lot of music.”