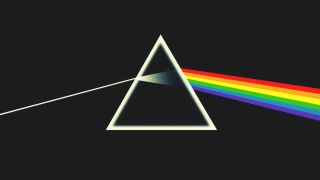 The Dark Side Of The Moon, Pink Floyd’s 1973 album, has been voted the Greatest Album Of All Time by Classic Rock readers. Other albums making the Top 10 included the second and fourth Led Zeppelin albums, plus Guns N’ Roses’ debut album Appetite For Destruction. The entire Top 100 features in The 100 Greatest Rock Albums Classic Rock special, which is out now.

In August, Classic Rock followers on Facebook and Twitter were asked to vote for their favourite albums, and were presented with a 200-strong shortlist, to which they could add. The most popular albums added to the original list were Close To The Edge by Yes and Pink Floyd’s Animals.

Other notable points included both Floyd and The Beatles getting three albums in the top 20, while Led Zeppelin got four. Of rock’s biggest bands, perhaps the Rolling Stones fared worst, with just two albums in the top 50 but none in the top 20. The only album in the top 100 to feature prominent female artists is Fleetwood Mac’s Rumours, although Janis Joplin’s Pearl and Patti Smith’s Horses came close.

In the open field, where people could vote for anyone they liked, the only solo female artist voted for was Carole King, for Tapestry, while albums from bands featuring females include Patti Smith Group’s Easter, Jefferson Airplane’s Surrealistic Pillow and Big Brother And The Holding Company’s Cheap Thrills.

Guns N’ Roses’ Appetite For Destruction (1987) is the newest album in the top 20, while Nevermind by Nirvana is the newest in the top 50. Radiohead’s OK Computer is the youngest album in the whole top 100 – it’s 20 years old this year. Oasis’s 1995 album (What’s The Story) Morning Glory?, while not making the Top 100, received more votes than recognised classics such as Bob Dylan’s Blood On The Tracks, The Clash’s first album and ZZ Top’s Eliminator.

The 100 Greatest Rock Albums Classic Rock special is in the shops now. You can also buy it online.

The 100 Greatest Rock Albums Of All Time: limited edition magazine, out now!