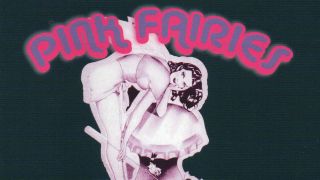 Celebrated English psychedelic rockers Pink Fairies are to have their first three albums reissued as a box set.

The Polydor Years collates the band's first three albums, 1971's Never Never Land, 1972's What A Bunch Of Sweeties and 1973's Kings Of Oblivion. Each album features bonus tracks, which includes City Kids, a song Wallis would take with him when he joined an early Motorhead line-up and which became a live favourite for the band.

The Polydor Years is released on Retroworld on May 24.