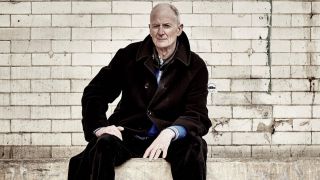 Peter Hammill has announced a new live box set titled Not Yet, Not Now.

The package was recorded between November 2017 and May 2018 during tours of Italy, Belgium, Netherlands, Sweden, the UK, and Germany.

A total of 98 tracks will be spread across 8 CDs, with each disc presented in an individual wallet, while a 24-page booklet will also be included. Not Yet, Not Now will be released on March 29.

Hammill says: “With such a flood of performances I took the opportunity and accepted the personal challenge to widen the repertoire even more than has recently been the case – which was already considerable.

"In the end I played a hundred songs, more or less, in this run of shows, covering the whole spread of my career.

“Five of the CDs have a geographical focus, featuring songs taken from Berlin, Nurnberg / Dortmund (two sets), Italy and UK. The final three CDs are a mix of songs from different countries. Each CD is about an hour long and is structured to mirror the rhythm and tempo of live performance.

Hammill adds: “I’m not going to be falsely modest: some of these performances are outstanding. Not definitive, of course, as happily most of these songs continue to come at me afresh each time I encounter them on stage and so there's no such thing as an absolutely correct or perfect version.

"Rather, I mean to say, that many of these takes on the songs have kinks and curves to them which surprise this singer himself.”

Hammill says he has no intentions to retire “just yet”, but adds: "There's evidently a great deal of uncertainty surrounding the possibility of touring Europe at all after the dread incoming Brexit.

"I'm pretty sure, though, that this will be the last time that I'll assemble such a comprehensive package of live versions of the PH material, so it marks some kind of definitive full stop.

“Meanwhile, still heading out on the road, I’m pleased to say that a second date has been added in Athens at Gagarin, on March 9. This will be the last show before - gulp! - March 29th!"

Find further details on the box set below.

Peter Hammill: Not Yet, Not Now